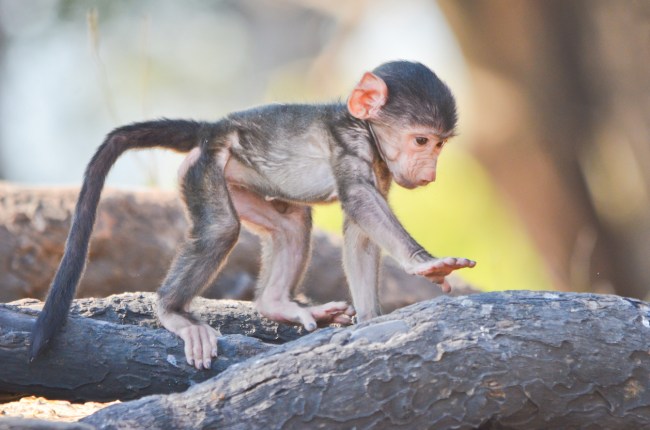 The MIT Technology Review first reported the troubling news about the monkey-human hybrids.

After facing ethical concerns around the world, Spanish biologist Juan Carlos Izpisua Belmonte, who currently works out of the Salk Institute in California, went to China to attempt the Frankensteinian
science experiment to “avoid legal issues.”

The goal of the mad scientist-like project is to create human-animal chimeras that have human cells injected into the monkey embryos. For those not well-versed in genetics, Greek mythology or sci-fi, chimeras are a “single organism composed of cells with distinct genotypes. In animals, this means an individual derived from two or more zygotes, which can include possessing blood cells of different blood types, subtle variations in form (phenotype).”

Izpisua, who created the world’s first human-pig hybrid in 2017, and other scientists want to grow human organs for medical research and eventually for transplants. Scientists believe that they can use chimeras to create a human pancreas and then transplant the organ into larger animals such as sheep. I for one welcome our new monkey-human overlords.

However, these wild ideas have their detractors, including Pablo Ross, a veterinary researcher at the University of California who worked with Salk on pig-human chimeras.

“I always made the case that it doesn’t make sense to use a primate for that,” Ross said. “Typically they are very small, and they take too long to develop.”

Another Spanish research working on the project, Estrella Nunez of Murcia Catholic University, said that the early results on the human-monkey chimera have been “very promising.”

Thus far, the hybrid embryos have only been allowed to live for a few weeks. That is because the human and the animal cells go to war with each other when combined in the same organism. It turns out that human cells are weak and are generally defeated by the animal cells.

There are very few human cells in these hybrids, estimates are there is only one human cell for every 10,000 animal cells. But if they increase the number of human cells to create organs close enough to humans for transplants then there are a range of ethical questions like what if they grow a human brain?

Your scientists were so preoccupied with whether or not they could, they didn’t stop to think if they should.

Scientists in Japan have been working on rat-human hybrids and recently got the green light to take their scientific research even farther. In March, Japan started to allow embryos to develop beyond 14 days and can be implanted in a uterus. So chimeras could potentially be inserted into a uterus and theoretically brought to term.

“The evolutionary distance between humans and monkeys spans 30-40 million years, so it is unclear if this is even possible,” said Alejandro De Los Angeles, from the department of psychiatry at Yale University. “This difference is greater than 10 million years between mice and rats, and even the efficiency of making mouse-rat chimeras is already quite low.”

Have none of these scientists ever read H.G. Wells’ The Island of Doctor Moreau or at least seen the movie of the same name starring Marlon Brando and Val Kilmer? They had to at least seen Dr. Alphonse Mephesto in one of the 20+ South Park episodes. Genetic experimentation between species is dangerous, we don’t need a four-assed ostrich, a four-assed mongoose or a four-assed monkey!