The Mormon Church Made An Absurd Amount Of Money During The GameStop Short Squeeze, Per SEC Filings 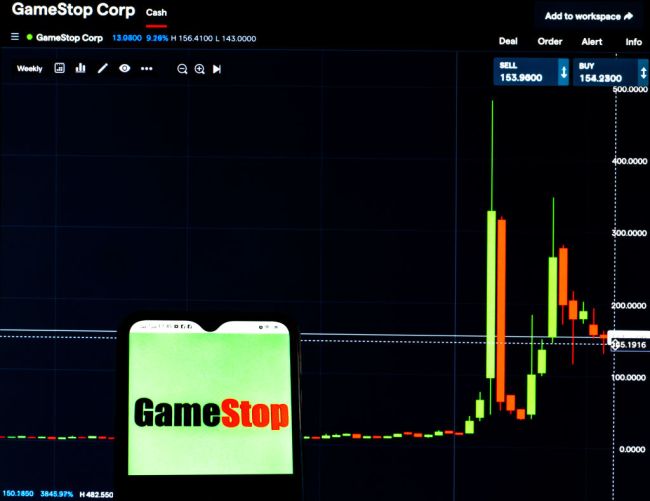 When the Church of Jesus Christ Latter-day Saints isn’t knocking on your door trying to share the word of Joseph Smith, they’re making a ridiculous amount of money on meme stock. Utah’s ABC affiliate KTVX found documents that show the Mormon Church was one of the groups to cash in on the GameStop trend earlier this year and saw a 900% profit.

Recent filings with the Securities and Exchange Commission report that the Church’s investment branch purchased a large amount of GameStop shares toward the end of 2021. At the time of Ensign Peak Advisor’s 46,000-share purchase, the stake was valued at $867,000. Not an insignificant number by any stretch.

However, that was only a fraction of what was to come.

Stonks and the short squeeze.

Not long after the Church purchased a large amount of GameStop, Reddit initiated its short squeeze. If you aren’t familiar with the saga, you can find a really good breakdown here.

Essentially, an investment firm pissed off a group of day traders and they used Reddit to sent GameStop’s value “to the moon.” It sent Wall Street into a frenzy and even the U.S. Government had to respond. The saga was such a phenomenon that Jordan Belfort, a.k.a. ‘The Wolf of Wall Street,’ is set to host a documentary about it.

During the short squeeze, GameStop stock raised by over 1,500%. The embattled video game retailer’s stock began January with a value of $17.25. By the end of the month, it reached an all-time high of $483 on Jan. 28.

Ensign Peak purchased the stock in 2020. The short squeeze happened in the first month of 2021. Thus, the value skyrocketed.

Two weeks into the short squeeze, the GameStop craze lost a lot of its excitement. That doesn’t mean that it is completely irrelevant, but it does mean that there has been a lot of fluctuation.

Amidst the up-and-downs, there are groups with “diamond hands.” The term alludes to someone (or something) that remains a holder of a risky financial position. In this instance, diamond hands would refer to someone who didn’t sell GameStop after its value dropped.

The Church of Jesus Christ of Latter-day Saints had not replied to KTVX’s request for comment on the GameStop filings as of May 21.