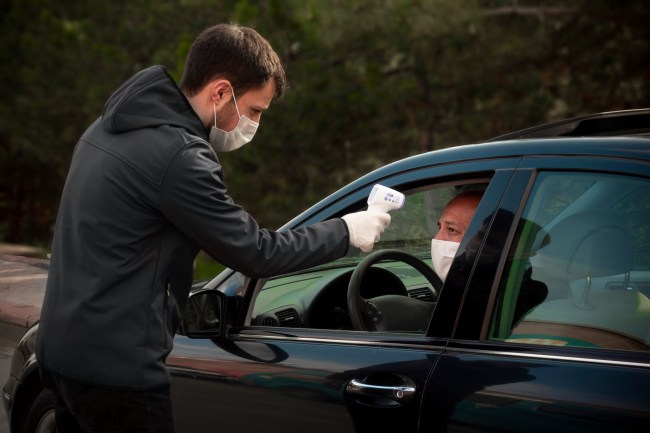 Have y’all had any close brushes with the novel coronavirus yet? For anyone out there reading this who has already contracted the virus, this isn’t necessarily for you. I’m talking about people like myself who spent 6+ hours in extremely close proximity (a house) with someone who started exhibiting symptoms and tested positive 48 hours later and I, in turn, that had to get tested and spent a solid five days wondering if I couldn’t breathe because of ‘shortness of breath’ or if it was the crippling stress ball stuck in my chest that was bringing me down.

Sitting around and waiting for symptoms to hit made for one of the most stressful weeks in recent memory and I’m guessing tens of thousands of you out there reading this have already experienced something similar. The good news is if you are reading this it means you’re still following the COVID-related news and are probably still taking precautions to protect yourself against the virus.

A new study from the University of Southern California that was recently published in the Frontiers of Public Health Journal outlines which symptoms a person infected with the virus is most likely to exhibit first. This is particularly important for treatment and intervention purposes but to also weed out potentially overlapping symptoms with other illnesses.

By studying the early-onset symptoms of COVID-19, SARS, and MERS which cause similar symptoms they were able to discern a pattern. Here’s what they found:

The earliest sign of the coronavirus will most likely show up as a fever in infected patients, followed by a cough and muscle pain, according to the study conducted by the University of Southern California published in the Frontiers of Public Health journal Thursday. People will then experience nausea or vomiting and diarrhea.

The initial symptoms of the coronavirus are very similar to other respiratory illnesses such as MERS and SARS, but it’s the timing of gastrointestinal issues that make COVID-19 easier to single out.

“The upper GI tract (i.e., nausea/vomiting) seems to be affected before the lower GI tract (i.e., diarrhea) in COVID-19, which is the opposite from MERS and SARS,” the scientists wrote in the study. (via NYPost)

It seems like it was just yesterday when gastrointestinal symptoms were being completely ruled out as symptoms of COVID-19 and now this study has established it as one of the most likely early-onset symptoms.

Here’s an excerpt from the study, which you can read in full right here:

The most likely initial symptom is fever in the three diseases studied that are caused by coronaviruses (i.e., COVID-19, SARS, and MERS) and cough in influenza. The most likely order of the four easily discernible symptoms is identical in MERS and SARS, but the most likely path of COVID-19 has one key difference. The first two symptoms of COVID-19, SARS, and MERS are fever and cough. However, the upper GI tract (i.e., nausea/vomiting) seems to be affected before the lower GI tract (i.e., diarrhea) in COVID-19, which is the opposite from MERS and SARS. In all diseases, we found that fever and cough occur before nausea/vomiting and diarrhea. When observing the set of seven symptoms including three subjective ones (i.e., sore throat, headache, and myalgia), we found that the initial symptoms of the most likely path are the same as in the most likely path of the four discernible symptoms. Also, in both the four and seven symptoms implementations, the GI tract symptoms are last. (via)

I wish I could go back in time to January 2020 when the virus was just beginning to spread across the globe and tell myself to invest heavily in companies that produce masks and thermometers. I’ve spoken to friends and family who are taking their temperatures several times daily even without symptoms and it’s gotten in my head so much at times I’ve found myself taking my own temperature for no reason whatsoever.

This study analyzed over 55,000 coronavirus cases which is a fairly robust data set but also pretty small when compared to the millions and millions of global cases. For more on this, you can click here to visit the NYPost or read the study in full right here.