Americans Own $33 Billion Worth Of Unused Tech, Here Are The Most Unwanted Devices In Each State 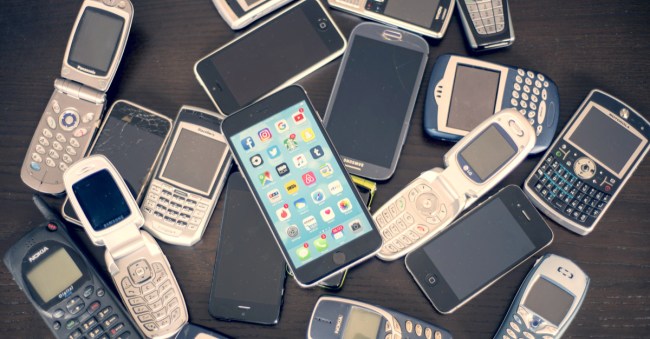 2017 was a great year for tech. Samsung launched the groundbreaking Galaxy S8, Microsoft released the Xbox One X and Apple unveiled a revolutionary new cell phone, the iPhone X. And while thousands of people took advantage of all the new gear, Americans still had billions of dollars worth of tech just sitting around their homes.

However, a lot of people did actually trade in their old tech in order to upgrade to new devices, while others sold theirs to raise a little extra cash. But which product did each state’s residents sell most last year? Decluttr.com delved into their data from 2017 to find out.

Turns out that the iPhone 6s was the most unwanted tech product of 2017, with ten states selling it most. In second place was the iPhone 7, traded most in nine states, while the Samsung Galaxy S7 came in third with six states.

Apple was also the most unwanted tech brand of the year, with its products taking the top spot in 21 states. Of the states that didn’t sell the iPhone 6s or iPhone 7 the most, South Dakota and Vermont sold the iPhone SE while residents of Oregon sold their iPad Air 2 tablets more than any other device.

Apple need not worry though, as the sheer amount of trades is likely due to the amount of Apple products Americans own, including their extremely popular smartwatch, plus the launch of three new iPhones in 2017. 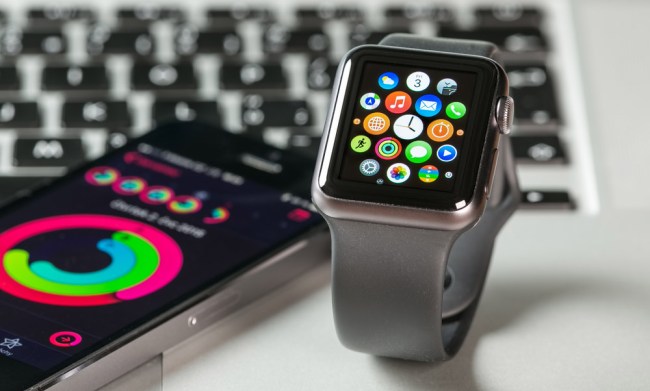 Samsung was the second least wanted brand, with five states selling the S6 and six states selling the S7 more than any other gadget. Again, most of these trades were likely to upgrade to the Galaxy S8, which wowed critics and consumers alike with its Infinity Display. The Galaxy Note 8 was the only outlier, being the most sold device in Illinois.

The Xbox 360 was the least popular games console, topping trades in four states, with the PS4 in second with three states. Luckily for Microsoft, the Xbox One didn’t feature at all. Meanwhile, people in Wyoming were finally getting rid of their Nintendo Wii consoles. Maybe the Nintendo Switch was the push they needed.

Check out the entire map below and see what tech your state got rid of the most. 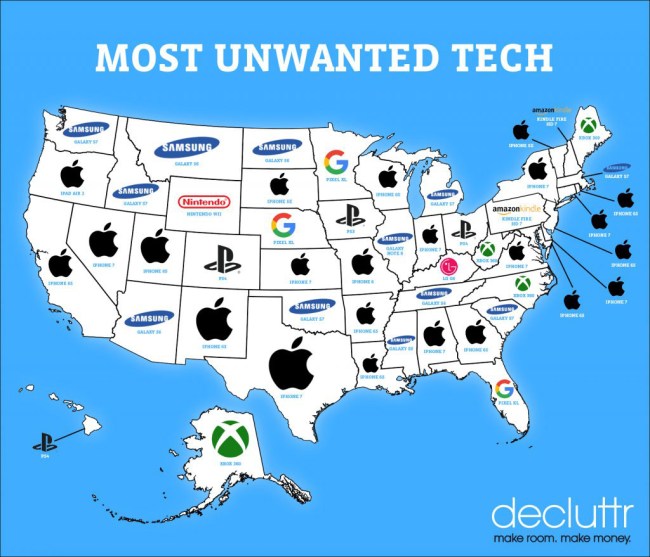 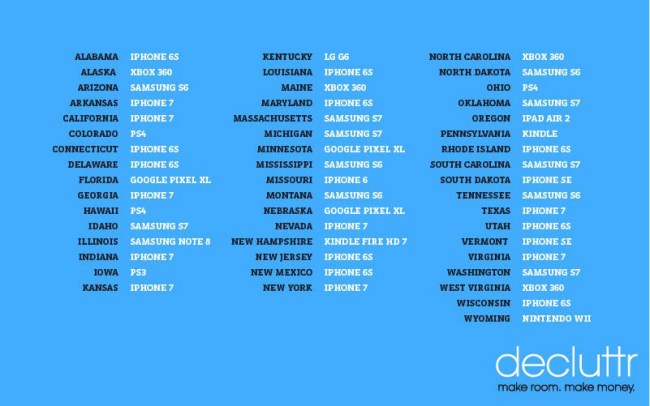