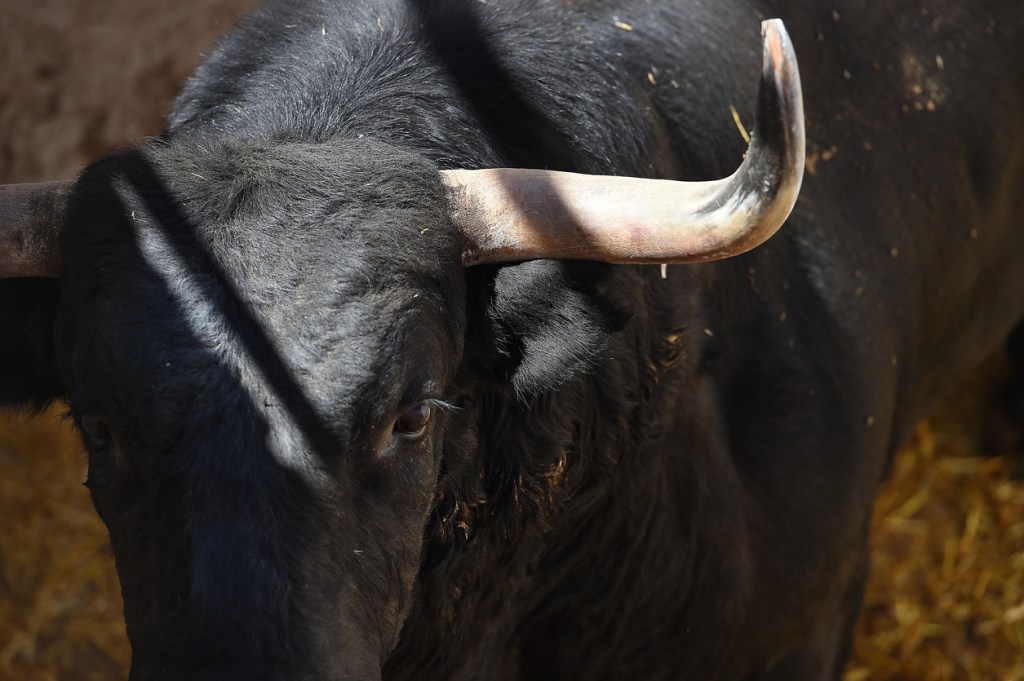 I always thought that guy in The Breakfast Club (1985) who said “don’t mess with the bull, young man. You’ll get the horns” was just being a jerk but after watching this clip below I’m now thinking maybe he just had Judd Nelson’s best interests at heart. Seeing a dude get the horns from a bull does not look like a pleasurable experience.

Tony Inderbitzin of Madera County, California told local Fox 26 News that he’d “never been this sore” in his life. The clip below only lasts twelve seconds but it must’ve felt like a lifetime for Tony after he got knocked off his mountain bike and tossed around like a ragdoll.

Inderbitzin said his pain is all over the place. He says “right after the attack, my neck was killing me. That was the focal point of the soreness, now it’s the lower back.” The pain is real, the attack was real, and I have very real questions about what the heck he was doing riding his bike so close to a gigantic bull!

Mountain Biker Attacked By Bull While Riding In California

And it wasn’t just him! PokerGo‘s Remko Rinkema shared this alternative clip of the bull charging an entire pack of riders:

Multiple cyclists were charged by a bull at the Rock Cobbler event in California today. As far as I know no serious injuries but absolutely terrifying!! pic.twitter.com/PnBxoOlKmI

That local news report says Tony Inderbitzin was participating in an “extremely challenging” and it included 6,500 feet in elevation gain along with constant terrain changes. The 80-mile track brought the riders past a lot of wildlife but still, how did anyone see that massive bull standing in the field and think it was safe to ride past it?

Over on USA Today’s For The Win, David Strege writes the rider says it was a “case of mistaken identity from a cow to a bull.”

In total, the bull attacked four riders in the race. Tony Inderbitzin shared with Fox 26 News what led him to mistakenly get so close to the massive animal:

“I was coming through a section that was kind of a drainage area. You’re constantly crossing sandy sections. I was coming off of kind of a long sand section, so I was carrying some speed and there was a slight incline.

I didn’t think much about there being a cow there, and just thought it was one cow versus a dozen that I might ride through any one grouping on any day. I kept going, and as I got 10-15 yards from him, he turned – because he had his back to me. He turned, squared up, and I had maybe a second to brace myself or do anything.”

What’s The Best Way To Avoid A Bull Attack During The Race?

I’m trying to imagine what I’d do in that situation and I’ve got zero great ideas. If you try and wait it out you lose precious time in the race.

I suppose you could wait for the next rider to come along and use them as bull bait and then ride by while they get charged but that doesn’t seem very ethical. And given the rugged terrain, it’s not as if you could just ride around easily. Nor would trying to wait out the bull work because it would stand there and stare you down the entire time, waiting for you to make a move.

The only real option here seems to be trying to pedal so fast you beat the bull. That’s it. You have to bet on yourself.