Get Ready For G.T.L. 2.0 Because MTV’s Bringing ‘The Jersey Shore’ To Panama City Beach 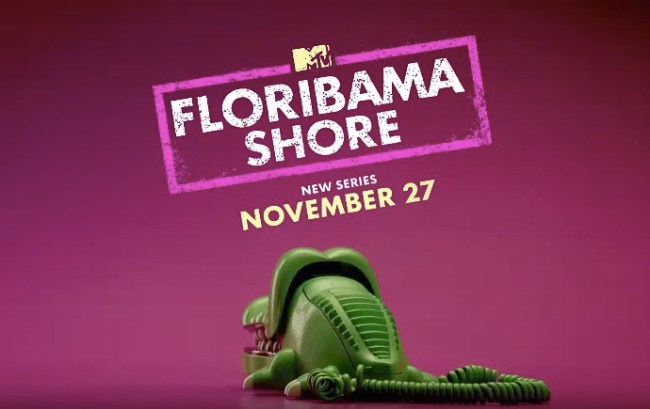 MTV has released the first teaser trailer for Floribama Shore. It’s essentially Jersey Shore it takes place in Panama City Beach in the Florida Panhandle, aka the Redneck Riviera. The show is all but promising to be a complete and utter shit show, and as far as the format goes it’ll virtually mirror MTV’s original Jersey Shore.

We don’t really get to see much in terms of plot or characters in the first trailer. All we see is a duck phone and a gator phone, but with the volume on we hear audio of cast members partying their asses off just like Ronnie and The Situation on The Jersey Shore:

I went to college at FSU just down the highway from PCB and can say with confidence that we’ll 100 see: wet t-shirt contests, fried pickles, bar fights, and 99% of the club scenes will be filmed at Club La Vela. Decider has the low down on this soon-to-premeire show:

Floribama Shore is Salsano’s first series at MTV since the end of the last Jersey Shore spinoff, Snooki & JWOWW, two years ago as MTV was recently put under the purview of VH1 president Chris McCarthy and head of unscripted Nina L. Diaz with whom Salsano has been working on Martha & Snoop’s Potluck Dinner “I’m particularly excited to get back in it at MTV and work with Chris, Nina and their team get it rockin’,” Salsano said in January at the renewal of her Viacom deal.
Here are the cast members of Floribama Shore, who will be looking to follow in the footsteps of Jersey Shore‘s Snooki, The Situation, Pauly D and JWoww to reality TV stardom: Jeremiah Buoni: 22, Amelia Island, FL; Codi Butts: 25, Westminster, SC; Kortni Gilson: 21, Panama City Beach, FL; Aimee Hall: 24, Perdido, AL; Kirk Medas: 25, Atlanta, GA; Nilsa Prowant: 23, Panama City Beach, FL; Candace Rice: 24, Memphis, TN; Gus Smyrnios: 22, Tallahassee, FL (via)

Floribama Shore will premiere on November27th at 10/9c, just a few weeks away. It’s unclear what took so long for MTV to promote this how but my hunch is they didn’t want to step on the toes of Siesta Key a show which takes place in my hometown and is also a flaming pile of garbage, one that’s also been plagued by issues surrounding one of the main cast members with ties to torturing a shark….Bad press and scandals aside, Siesta Key was renewed for 8 more episodes so I guess people were watching.

I’m starting to wonder if MTV has a vendetta against the state of Florida. Why else would they produce multiple TV shows in the Sunshine State which give the impression that the entire state is a 24/7/365 shit show. Also, why would they choose Panama City Beach for this show when you can’t even drink on the beach anymore in PCB and it’s no longer a Spring Break hotspot because of that? If you’re looking for a fun but trashy beach town to film a show in then why not go ot Myrtle Beach?