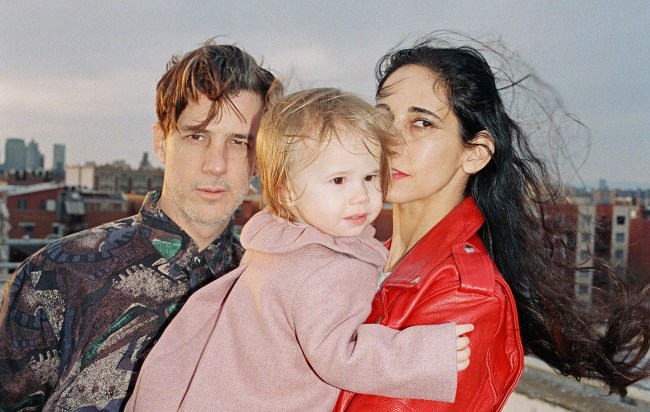 Luca Yupanqui’s debut album ‘Sounds Of The Unborn’ is set to be released on April 2, and I’m not entirely sure it qualifies as music. Maybe “noises” would be the better word.

Here’s the thing, Yupanqui was still in her mother’s womb when she unknowingly recorded the album. She literally was not born yet. Her parents, Elizabeth Hart and Iván Diaz Mathé used biosonic MIDI technology to translate the baby’s utero movements into sound. Hart attached the technology to her stomach, which monitored the Yupanqui’s vibrations and sent them through a synthesizer. The two parents then edited and mixed the audio into an album.

The results are something out of a bad acid trip. You can hear the first track of the album, ‘V4.3 pt. 2’ below, with visuals that are equally as hallucinogenic. I would highly recommend not listening to it before bed.

Hart and Mathé tried not to disturb too much of the original recordings to let “Luca’s message exist in raw form.” Instead, it will disturb everyone who listens. If anyone listens, that is, because I genuinely don’t know how someone would willingly subject themselves to a full-length album of this chaos.

The concept isn’t super crazy— wanting recordings of your child in the womb. Taking those recordings and making them into an album is a wild move. Hart and Mathé’s explanation for what they are trying to accomplish is as mad as a hatter, surely fueled by the same psychedelics that made the hatter mad.

“It is human nature to wonder what life is like inside another human being’s consciousness. How does it feel? What does it sound like? All these questions became stronger and more important to Elizabeth and Iván while they were waiting for Luca to come into the world. At a certain point the questions turned into, What would she say if she could speak? How would she react to the outer world? And ultimately, What kind of music would she play if she was able to? This album is an attempt to answer those questions.”

Yupanqui is a toddler now and will soon be a published recording artist with a full-length album she didn’t know about. Wild.