Giant Asteroid Classified As ‘Potentially Hazardous’ By NASA About To Zip By Earth At 23,300 MPH 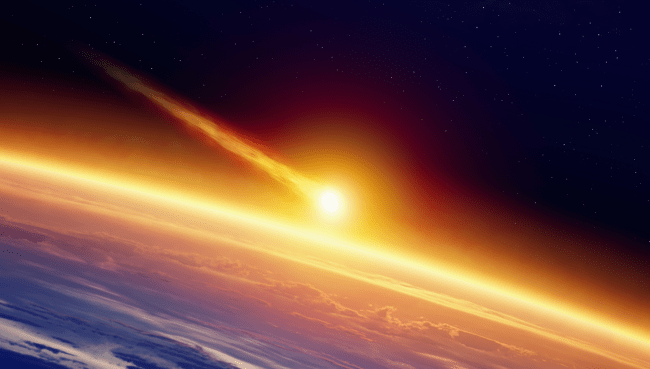 But don’t worry about it, says NASA.

The asteroid has an estimated diameter of somewhere between 1,150 and 2,560 feet. By comparison, the Empire State Building is 1,250 feet tall, making it larger than 90% of all known asteroids.

The space rock, categorized as a Apollo-class Asteroid, will be traveling past Earth at a distance of about 2 million miles, which on the surface doesn’t sound very close.

However, any object that passes within 120 million miles of Earth is classified as a “near-Earth object” (NEO) by NASA, so 2 million miles is actually cause for attention. For reference, the moon is 238,855 miles from Earth, while the planet Mars is 245.22 million miles away. 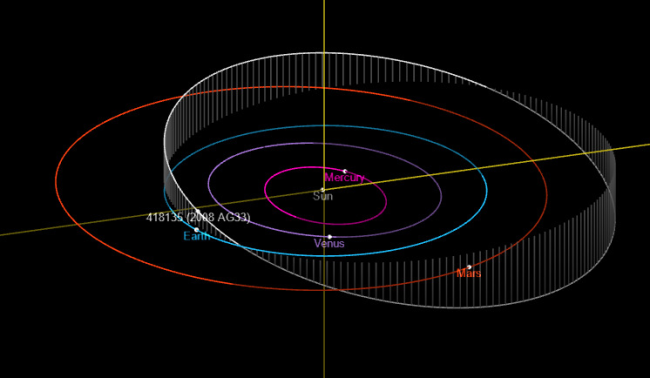 Despite that prediction, NASA says we have nothing to worry about (assuming that the Yarkovsky Effect, which can change an asteroid’s orbital path, doesn’t occur.)

Not that there is much we could do about it anyway if Asteroid 418135 (2008 AG33) did decide to change course and head directly at our planet, even if we do see it coming.

The Center for Near-Earth Object Studies (CNEOS) will keep trying though. CNEOS says that “currently there is no known significant threat of impact for the next hundred years or more.”

Hopefully, they are correct as some calculations have the “Colossal God of Chaos” asteroid possibly smashing into Earth in 2068.