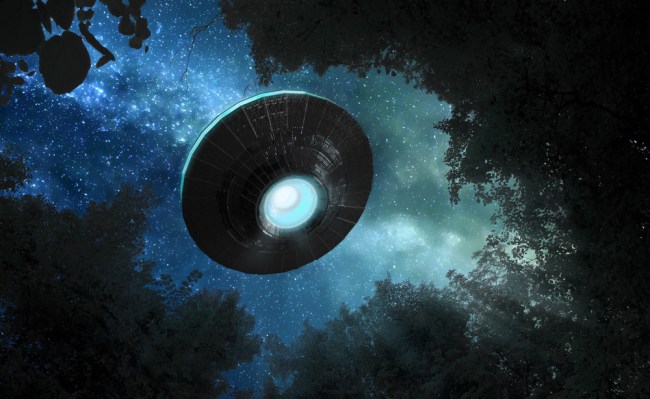 As anyone who’s seen documentaries like Men in Black and Independence Day knows, the government is aware of the existence of alien life and is hiding it from the general public in order to prevent mass hysteria. It might sound absurd, but some of the brightest minds have speculated we aren’t alone in outer space— including people who have been there themselves.

While many experts have argued it’s a statistical certainty that extraterrestrial life exists somewhere in the universe, no one has dug up any concrete evidence despite finding more than a few places that could feasibly support life. However, that hasn’t stopped us from trying, which mostly involves monitoring space for possible signs of communication (as seen in the Matthew McConaughey vehicle Contact).

If the government is indeed part of a vast conspiracy to keep alien life under wraps, they’re doing a pretty good job— and spending a shitload of money to distract the general public from the truth. According to Maxim, NASA’s proposed budget for the next two years would include $10 million annually to monitor space for technosignatures (primarily radio waves) that could ultimately result in finding some life beyond Earth.

The government briefly funded a program to search for aliens back in 1992, but it only lasted a year. However, that could all change if the budget manages to make it through Congress and to the desk of the president.

The bill comes in the wake of a banner year for alien news, with military officers saying they had encounters with aliens and a former Navy pilot claiming he was part of a $22 million program charged with identifying UFOs. There was also a video of a possible encounter in 2004 that excited fans of tinfoil hats around the world when it was recently released.

Let’s hope this doesn’t lead to a point where we encounter a species intent on exterminating us all.