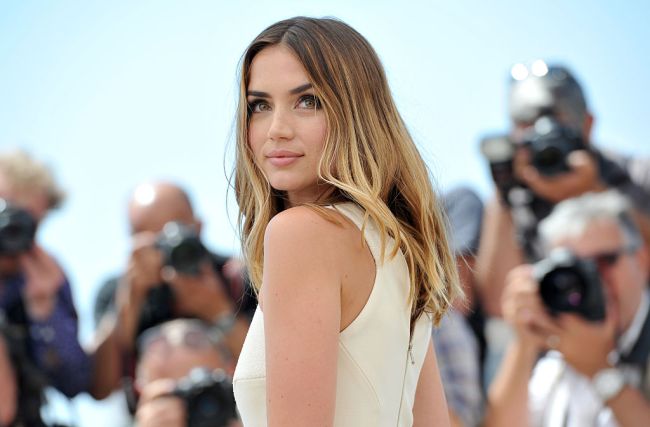 Andrew Dominik, while perhaps not a director you’re familiar with by name, is a revered filmmaker all the same. Best known for The Assassination of Jesse James by the Coward Robert Ford, Dominik — the 54-year-old Australian — has only directed three feature films since the turn of the century: the 2000 Australian film Chopper, the aforementioned Jesse James project, and 2012’s Killing Them Softly, which featured Brad Pitt as a calm, cool, and collected hitman. Other than a couple of episodes of Mindhunter and the Nick Cave documentary One More Time with Feeling, that represents the entirety of Dominik’s filmography.

With all this now in mind, it’s perhaps surprising that he’s also the man who recently helmed Blonde, a Marilyn Monroe biopic for Netflix featuring Ana de Armas.

The last time we reported on Blonde was earlier this summer when we brought you the news that the expected award-season-contender — which was originally slated to release later this year — had been delayed into 2022 due to rumors of Netflix’s “absolutely horrified” reaction to the film’s explicit nature. While Netflix never addressed the rumors, no official reason for the delay was ever provided, either.

Now, fast forward about a quarter-of-a-year, and rumors have flipped completely, suggesting that Netflix has approved Dominik’s cut of the film, which will likely carry an NC-17 rating, and that they are submitting it to the Berlin International Film Festival, which will take place in February. Again, these are rumors and not official reports. Nevertheless: BONK ALERT!

After hefty post-production battles, Andrew Dominik will be getting the final cut on his Marilyn Monroe biopic Blonde. Netflix has allowed Dominik to release the film as it was, unfiltered and without any cuts, maybe after realizing that Blonde wasn’t going to contend for Oscars and was a straight-up arthouse affair.

Dominik’s cut is said to be rated NC-17. It was originally set to world premiere at the Venice Film Festival before being pulled out by Netflix late in the game. There is no word yet on a possible release date and whether or not the rumor that this will also be submitted to the Sundance Film Festival is true. [via World of Reel]

While Netflix likes to fancy itself as a prestige studio that contends for Oscars year-in and year-out — and to their credit, they very much are these days — they’re really a company that thrives on popularity and growth. Just look at what’s happening with Squid Game and how it’s literally dwarfing the popularity of other massive hits such as The Mandalorian. At the end of the day, virality is what Netflix is after, and I’d argue having one of the world’s rising A-list actresses playing one of the most famous American women of all time in a risque biopic is one of the surest ways to achieve it.

Until then, you can go see Ana de Armas in No Time To Die, which is currently playing in theaters across the globe. She’s excellent in that, too.