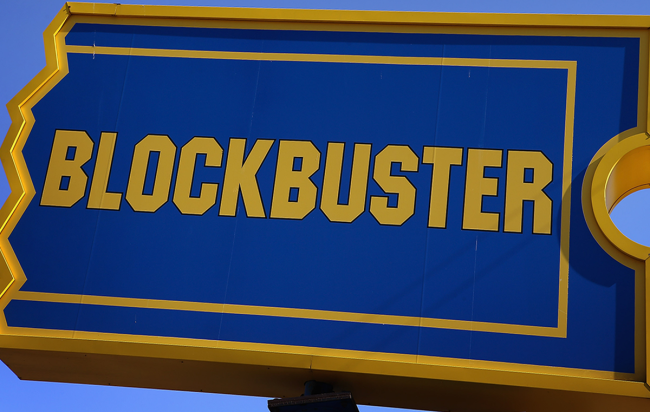 There’s obviously something to be said for being able to conjure essentially any movie in existence by pressing a few buttons from the comfort of your couch, but this convenience has come at a cost, as there was nothing quite like the magical experience of roaming the aisle of a Blockbuster on a Friday night in search of something to watch.

It wasn’t the most ideal system in the world, as whenever you walked into a Blockbuster, you did so knowing there was a good chance you’d be forced to settle for one of the 37 movies about Ernest going somewhere as opposed to the title you had in mind. You also had to contend with the astronomical late fees, which played a major role in helping the chain thrive—until they inadvertently led it to its demise.

While some people have disputed the series of events that supposedly resulted in the birth of Netflix, Reed Hastings has long maintained the company’s origin story is straight out of a comic book, as the co-founder and current CEO claims he was inspired to get revenge after being hit with a $40 late fee for failing to return a copy of Apollo 13 in a timely manner.

It didn’t take long for people to latch onto the concept of having DVDs delivered straight to their mailbox, but Blockbuster didn’t seem to see the appeal, as the company basically laughed Netflix out of the room after turning down the chance to acquire the startup for $50 million in 2000.

It’s safe to say Netflix got the last laugh, as over two decades later, the company is worth $226 billion while the competitor that once boasted 9,000 locations around the world now a single store tucked away in Bend, Oregon, which had a beer called “The Last Blockbuster” brewed in its honor a few years ago.

That just so happens to be the title of a documentary that screened at Sundance last year that revolves around this lone survivor, as The Last Blockbuster features interviews with the people who are struggling to preserve this relic of the past as well as conversations with Kevin Smith, Adam Brody, and other actors and comedians who reflected on the good old days.

If that happens to pique your interest, you’re in luck, as you’ll be able to stream The Last Blockbuster on March 15th on none other than the platform that brought the chain to its knees, as the filmmakers recently announced Netflix decided to dance on the grave of the company it made obsolete while twisting the knife into its virtually lifeless corpse for good measure by acquiring the rights to the documentary.

If revenge is indeed a best served cold, Hastings must be savoring this particular development, as I can’t even imagine the satisfaction that comes with pulling a move as savage as this one 21 years after Blockbuster showed him the door to the conference room.