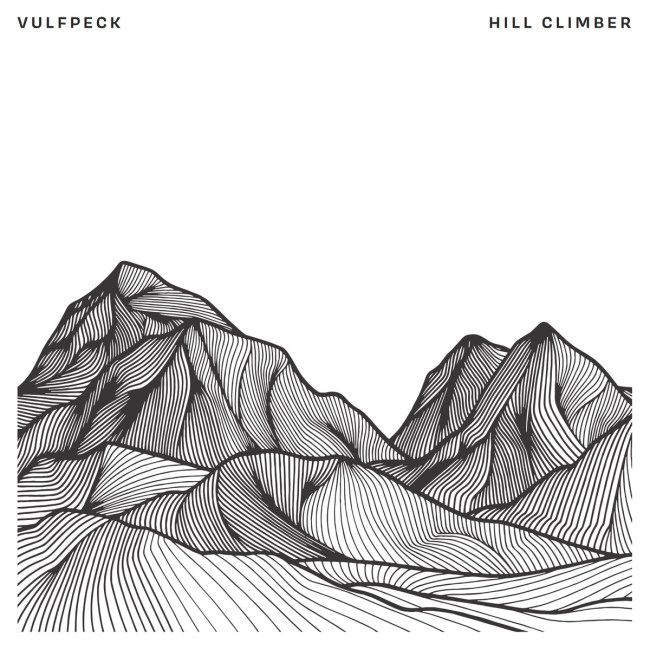 Welcome to the BroBible New Music Round-Up, where we see what new music has been released this week and mourn the failed marriage of Cardi B and Offset. We had felt bad about not getting them something, but not anymore! Follow me @ryanoconnell79

Before we start, here are three quick, yet scorching hot takes about the 2019 Grammy nominations.

For the full list of nominees, here you go.

Check out this week’s New Music Round-Up Playlist on Spotify.

All had been relatively quiet on the Gucci front until roughly a month ago. It was at that point that Gucci took to Twitter to announce the release of his new album Evil Genius.

Oh Gucci. That’s not how you spell December. Although to be fair, that is currently how December feels here on the east coast.

It’s been a little over two years since the trap music pioneer was released from prison after pleading guilty to possession of a firearm by a convicted felon and during that time, our dude has been busy. He’s dropped a half dozen albums since his release, with the most recent one, El Gato: The Human Glacier, having come out almost a year ago. So by those lofty standards, it’s been a hot minute since Gucci gifted us with something new.

The wait looks to be worth it though. Evil Genius is stacked. It features guest spots by Bruno Mars, 21 Savage, Quavo, Kodak Black and Kevin Gates. Quavo appears on two tracks: “Bipolar” and “Lost Y’All Mind.” In regards to the delay in releasing something, Gucci recently told Billboard that “I just don’t put out anything. So I’m trying to make this project one of my best projects ever. I’m really trying to collaborate with the best producers and make sure I give my fans something that they can be like, ‘Ok, Gucci still coming hard.”

Well, at least he’s not setting expectations too high.

Old friends DMB are in somewhat of a weird place these days. On the one hand, their latest album Come Tomorrow, which was released earlier this year, wasn’t that bad. On the other hand, the band is at the stage of their career where their fans are largely content with their older material and not necessarily chomping at the bit for new tunes. They want their “Jimi Thing” and “Two Step,” not something that could take the place of one of those songs at a show.

On their latest live release, the band looks to thread the needle. Recorded this past summer in Indiana, the set is an even balance of old songs and new songs. There’s “Come Tomorrow,” but there’s also “What Would You Say.” There’s “Come On Come On” and there’s “Warehouse.” There’s no “Jimi Thing,” but there is a twenty minute version of “Two Step.”

The 2018 tour marked DMB’s first since violinst Boyd Tinsley left the band earlier this year and was later sued for sexual harassment. Tinsley was replaced by keyboardist Buddy Strong, who didn’t have much time to learn the bulk of the band’s catalog before the tour. Hopefully he’s been able to catch up because the tour is still going and continues through the month before the band has a little break before heading to Europe in March.

The Prophet Speaks is Van the Man’s 40th studio album. Think about that. The dude has released forty studio albums. The album is his second this year! Not bad for a 73 year old. Hell, that wouldn’t be bad for a 37 year old. Looks like our boy Gucci Mane has a record to strive for.

Morrison’s latest offering is a mix of originals and covers, with him taking swings at songs by Sam Cooke, John Lee Hooker, Solomon Burke and Willie Dixon.

“It was important for me to get back to recording new music as well as doing some of the blues material that has inspired me from the beginning,” Morrison said in a statement. “Writing songs and making music is what I do, and working with great musicians makes it all the more enjoyable.”

And now I know that a month or so ago, there was a lot of caravan talk in the news. Regardless of how you feel about that matter, I would like to think that this is really the only caravan that matters.

At least it’s a caravan we could actually be afraid of because that song is fierce as all hell.

It’s been a little while since Cube dropped something new, but he can be forgiven. Since his last album, 2010’s I Am the West, he’s been doing the movie thing, both acting in them and producing them, most notably producing Straight Outta Compton. He’s also been running a basketball league. So you know, let’s cut him some slack. We all can’t be Van Morrison or Gucci Mane, no matter how much we’d all like to be.

Cube’s busy schedule has routinely gotten in the way of this new album, with him having to “put the record down, and pick it back up when I had the time to focus solely on music.” I feel the same way about cleaning my basement. I start and get distracted by other things and like I routinely tell my wife, I just want to give it my full attention. I will definitely get to it eventually, just as soon I’m done producing a movie about my old rap crew.

The lead single “Arrest the President” might give you the impression that Cube is getting political on the new album and while I have no clue why you’d think that given the track’s vague title, Cube is thinking in broader terms.

Another interesting wrinkle on Everythang’s Corrupt is that it only features one guest spot, with Too $hort appearing on one of the tracks. Come on, was Charlie Day not available? We know he could pull it off.

The duo of Danger Mouse and James Mercer are back with their first new music since 2015, when they released the song “It’s That Talk Again.” At this point, it’s unclear if “Shelter” will be part of something more or another one and done. Since their last full release, 2014’s After the Disco, Mercer has released two albums with The Shins and Danger Mouse produced a record for Parquet Courts. Danger Mouse also has a project coming out with Karen O of the Yeah, Yeah, Yeahs. There’s only so many hours in the day you know. I mean, don’t tell that to Van the Man though.

Against all odds (the odds being people debating whether or not they’re still into Coldplay or not,) Coldplay are still out there selling out stadiums around the world. Their new live album, Live in Buenos Aires, and DVD, Live in São Paulo, are both from their 2017 Head Full of Dreams tour. The album and DVD, as well as a new documentary about the band are available together as The Butterfly Package.

This is the first live album from Coldplay and the set list pulls from all phases of their career and bits of their discography, including hits like “Clocks,” “In My Place” and “Yellow.”

Let’s be honest. If you still like Coldplay, you’re pumped about this. If you’ve never liked Coldplay or have had a falling out with them at some point along the way, this probably won’t even register with you.

Cold War Kids This Will All Blow Over In Time

Before they were COLD WAR KIDS, they were the Cold War Kids, an indie band tirelessly cranking out good music. Now they’re a major label band, currently signed to Capital Records, but they spent ten years on Downtown Records. That time is now captured on this new double disc greatest hits set, which features songs like “Hang Me Out to Dry,” “Miracle Mile” and “First.”

Hm, weird sounding name? A name that sounds completely made up? Yup, must be a funk band hip to the jam band circles. Not that there’s anything wrong with that. I’m just saying, just like you can tell when the bachelor on The Bachelor starts picking a certain kind of lady and you then know what his type is, it’s kind of like the same exact thing. Or close to it.

Either way, the Michigan-based band, whose early influences were legendary funk outfits like the Funk Brothers and the Wrecking Crew, have released an album every year since 2015’s Thrill of the Arts, making Hill Climber their fourth full-length release.

The New York-based horn-driven group dropped another cover, this time “War Pigs” by Black Sabbath. It’s their first crack at a Sabbath tune. It comes damn close to being my top “War Pigs” cover; falling just short of besting Cake’s version of the song. Rankings be damned though. Maya Azucena’s vocals on this track are straight up rage and harnessed gale force winds.

Livetronica. It’s a thing. It’s electronica music, but you know, done live. Lotus, a band from the wonderful city of Philadelphia, are purveyors of livetronica and one of the best in business actually. They are also good at surprises, as they caught everyone sleeping early this week when they dropped a new album, Frames Per Second. The album is nineteen tracks long. Who do these dudes think they? Drake. Nineteen songs. Get out of here with that.

If I were to compile a list of the artists who I would think were the least likely to drop a Christmas song, Josh Homme would probably be at the top of the list. The Queens of the Stone Age frontman would have seemed like a safe bet, like picking the Chiefs in a NFL Survivor Pool or guessing your daughter would want the bike with Frozen characters on it.

I stand corrected though. Homme isn’t dropping one Christmas classic this holiday season, but two. His new 7-inch features “Silent Night” on one side and “‘Twas the Night Before Christmas” on the other. On “Silent Night,” Homme is joined by C.W. Stoneking, an Australian blues singer-songwriter and guitarist, as well as character on Game of Thrones, while his wife and children join him on “‘Twas the Night Before Christmas.”

Money raised from the release will benefit the Sweet Stuff Foundation, Homme’s non-profit that looks to provide assistance to career musicians, recording engineers, and their families struggling with illness and disability. Funds will also go to Support Act, an alliance with a similar mission founded in 1997 in Australia.

This Week in Ill-Advised Hot Takes

.@IamWill on the state of Hip-Hop📝:

“The problem with hip-hop is everybody could do it. It doesn’t take much fucking skill right now to make hip-hop. It’s become the lowest-hanging fruit. It’s no longer about Rakim-level, Nas-level, not the deep, metaphorical simile shit.” pic.twitter.com/tZpUsP8ZoF

You sure you want to go there Will-I-Am? I’d hate for it go “Boom Boom Pow” in your face.

It’s been a few weeks since we checked in with our favorite Nashville-based Tweeter.