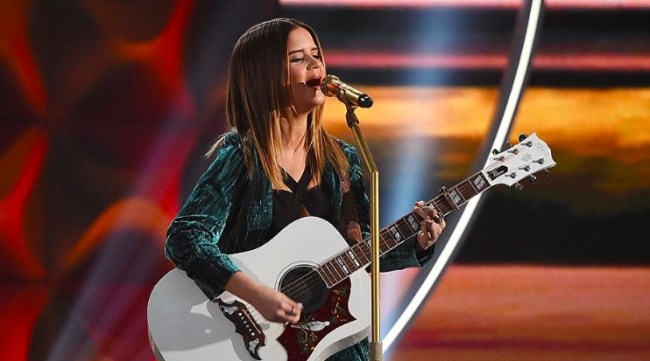 Welcome to the BroBible New Music Round-Up, where we see what new music has been released this week and have our own album of music inspired by ‘Game of Thrones’ if anyone is interested. For more follow me on Twitter:  @ryanoconnell79

I don’t know what “sad bangers” are. Do you?

Unless you’re Mark Ronson, probably not.

But according to Mr. Ronson, his new album, Late Night Feelings, is going to be chalk full of them. I suppose that would make his song with Miley Cyrus, “Nothing Breaks Like A Heart” a “sad banger,” with the same going for his latest release featuring Lykke Li, “Late Night Feelings.” Knowing those songs are apparently “sad bangers” is helpful, but you’ll have to excuse me if I’m still a little confused.

What I’m not confused about is Ronson’s skills as a producer and songwriter. His last album, Uptown Special, was straight fire, anchored by the Bruno Mars collaboration “Uptown Funk,” but with the point really being driven home by the song with Mystikal, “Feel Right.” After that he was part of Silk City with Diplo and was then involved with the music for A Star is Born.

If you’re keeping track, that’s a win, a win and another win. Not bad.

And if you’ve never listened to Ronson’s 2007 album, Version, I literally can’t recommend it enough.

Tom Morello of Rage Against the Machine, Audioslave and Prophets of Rage released a solo album, The Atlas Underground, late last year; a rock ‘n roll science experiment that featured Morello mixing his unique and heavy guitar riffs with smashing bits of EDM. It was pretty good, with songs featuring Portugal. The Man, Killer Mike, Big Boi and Marcus Mumford of Mumford and Sons among the stand out tracks.

Now he’s back with another new tune, one not featured on The Atlas Underground, but still rolling with some of the traits from that album. The new tune, “Can’t Stop the Bleeding,” features Gary Clark Jr. on vocals, someone who also appeared on the last album. Gramatik is the difference here and the producer makes his presence known about halfway through the tune, as it transitions from a pretty straight forward rocker to something with some stank to it.

Morello will be on the road this spring playing solo shows.

It’s at this point that I’d like to use this opportunity to implore Morello to bring back Rage Against the Machine or at the very least, Prophets of Rage. Things are nuts right now and if we ever needed music that accurately reflected the turmoil of life in America, it was now.

Maren Morris “Kingdom of One”

No one is talking about it, but Game of Thrones is about to start up again and you’re not going to believe it, but this season is the show’s last. If you need a moment to process this breaking news, I get it.

HBO is understandably trying to generate some hype for the show’s final season, which explains For The Throne, an album full of “music inspired by Game of Thrones.” The album will be released later this month and on Friday they released “Kingdom of One” from Morris, as well as “Nightshade” by The Lumineers.

With a little luck, the star power that Morris brings will finally get some people watching the show.

Vampire Weekend “On the Vineyard” 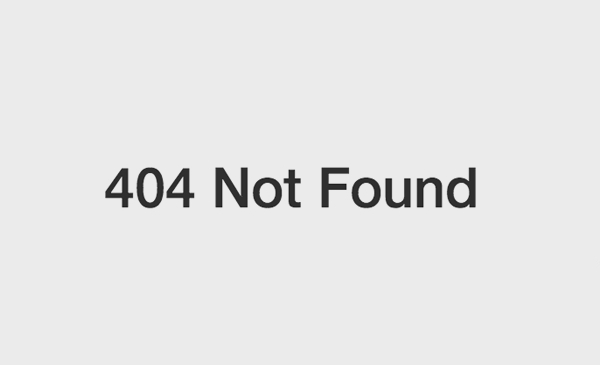 No new song from Vampire Weekend this week. It just feels like they’ve been releasing a new song every week.

The Raconteurs are set to release their first album in 11 years when they drop Help Us Stranger in June, but before they bring some good old rock music back into our lives, they’re bringing it to Bandcamp. Jack White’s Third Man Records recently announced that a good chunk of music from the label’s artists, including The Raconteurs, would be available on the platform.

I suppose this is good news.

The Raconteurs being back is definitely good news, though.

LSD first graced us with the presence about a year ago when they released the song “Genius,” but they really made noise with “Thunderclouds,” released a few months later. They’ve released a couple songs since then and each one of them have a whimsical vibe to them; experimental in almost a playful way.

According to Labrinth, that vibe was part of the appeal for him.

“When we got the chance to do LSD, we jumped at it,” he told Rolling Stone last year. “It’s one of the most creative projects I’ve been involved in. We dress up in crazy outfits, mess around with Sgt. Pepper’s-esque visuals; we’ve created animations for the band. You can be ballsy and be out there. It feels like you’re not the frontman, so it allows us to go as crazy and as fucked up as we want to go. And that works for us.”

Now the pop super group has finally released a full album and with summer within range, the timing couldn’t be better.

Bring me those summer jams! 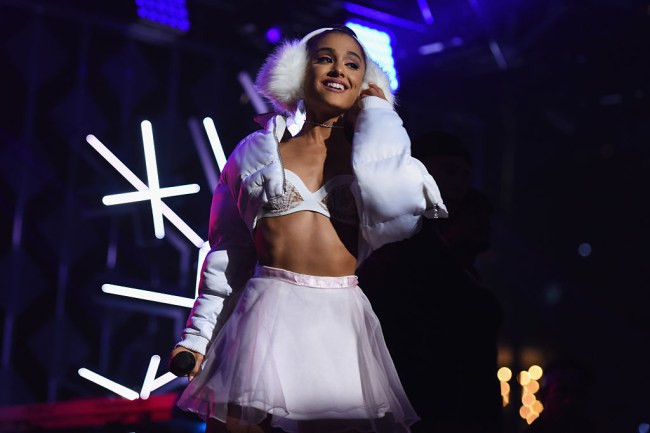 A Couchella Guide for Those Not Going to Coachella 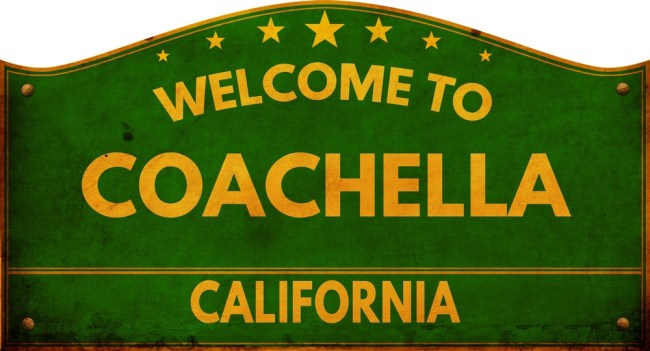 However, as with most things, it does have some redeeming qualities. For instance, the fact that, thanks to the Internet, you can experience something like Coachella without actually being at Coachella while it’s happening, is pretty sweet. If you’ve ever watched a festival from the comfort of your own home, you know what I’m talking about. If you haven’t, you are missing out.

Coachella 2019 will be live streaming good chunks of this year’s festival on their YouTube channel and have recently unveiled the streaming schedule. Sets by Tame Impala, Ariana Grande Childish Gambino, Kacey Musgraves, the 1975, Pusha-T, Billie Eilish, Weezer and more will all be streamed.

Also included will be the premiere of the highly anticipated Donald Glover/Rihanna film Guava Island. It is set to air at 8pm on Saturday.

File Under: Yup, That Checks Out 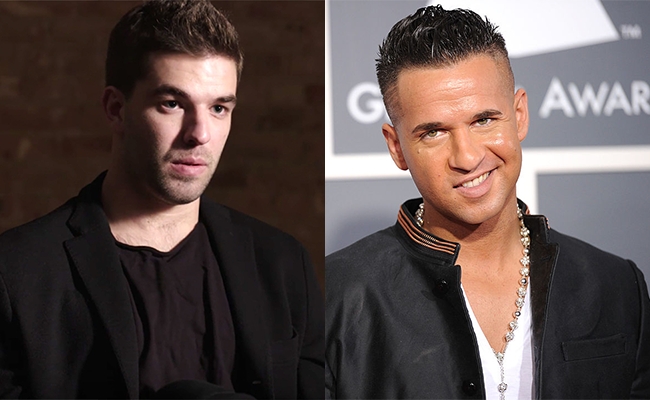 It would then make perfect sense, almost too much sense, that these two gentlemen would be become homies in prison.

No really, sometimes things in life make almost too much sense.

This Week in Unnecessary Apologies 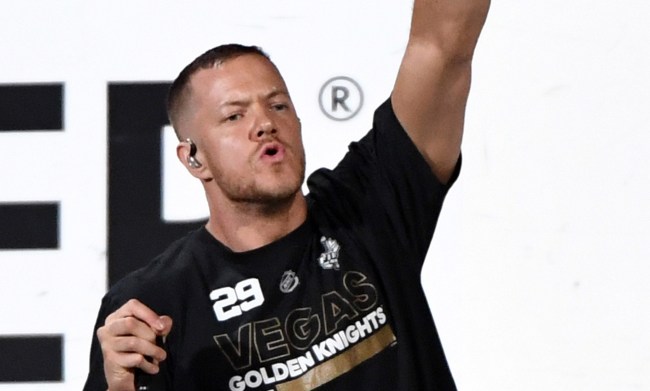 Imagine Dragons are easy to make fun of. Unless you’re my 4 year old daughter. Then you’re a fan. I can’t explain it.

Anyway, back in 2018, Mark Foster of Foster the People did what many other’s have done and took a shot at the band, joking that he gave his rejected material to Imagine Dragons. It’s not the most original of burns, but effective nonetheless.

Perhaps prompted by an interview Imagine Dragons’ Dan Reynolds gave in February following Slipknot taking shots at the band, Foster has gone on and apologized to the band, saying that “I would like to apologize to Dan Reynolds and his band Imagine Dragons. In a passing moment last year, I let some words come out of my mouth that don’t reflect who I am, or what I stand for.”

You make a joke, Mark Foster of Foster the People, you need to stand by it.

Even a joke that wasn’t too great.

Brass Against have previously released horn-driven covers of songs by Tool, Rage Against the Machine, Audioslave, Pantera and more. This is the first Beastie Boys’ cover.