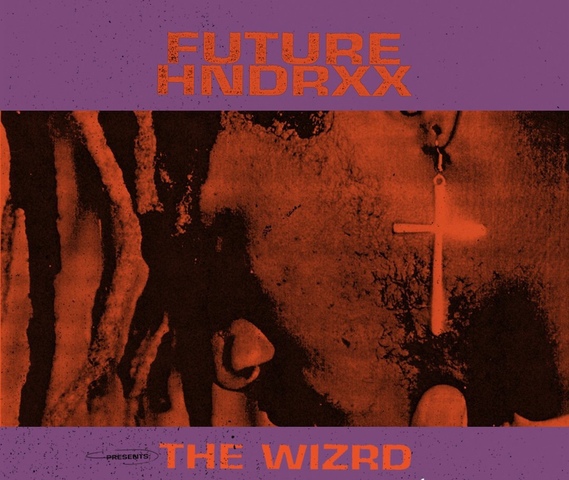 Welcome to the BroBible New Music Round-Up, where we see what new music has been released this week and have already submitted our resume to work on Cardi B’s 2020 presidential campaign. For updates, follow me on Twitter for more:  @ryanoconnell79

Here is a fun fact about Future: Future’s latest release, “Crushed Up,” is his 77th song to land on the Billboard Hot 100. That ties him with up and coming, indie singer/songwriter Taylor Swift. Don’t get too cocky though, Future. You’re still behind James Brown, Jay-Z and some dude named Elvis Presley. Yet given Future’s out put since he came into our lives nine years ago, it’s not crazy to think he’ll be knocking on those dude’s doors soon enough.

In 2018 alone, Future dropped two mixtapes, the soundtrack to Superfly and singles with Kendrick Lamar, Juice WRLD, Nicki Minaj, Offset among others. The year before that he released two studio albums and a mixtape with Young Thug. The dude is a rushing geyser of material, which would then explain why in addition to his new album The WIZRD, Future is also releasing a documentary about his life. The doc premiered on Apple Music earlier this month.

The WIZRD isn’t a half-assed effort either. As is Future’s modus operandi lately, the album is long, comprised of twenty songs. It also features guest spots by Young Thug, Gunna and Travis Scott.

And hey, if you don’t really like the album, you can rest easy knowing that Future will probably be releasing another one in a few months. Bonus!

Deerhunter Why Hasn’t Everything Already Disappeared?

For their latest album, Atlanta’s Deerhunter headed west and hunkered down in the small Texas town of Marfa, a location that they say chose them. A music festival brought singer Bradford Cox to the small west Texas town that’s about an hour north of the border and the band tagged along. What they brought home with them was their new album, their first since 2015’s Fading Frontier.

Pitchfork calls the album a spiritual sequel to Fading Frontier, saying that it “seizes on its predecessor’s cheery melodicism.” On previous albums, the band’s sound had been sprawling, more wide open. On their new release, they’ve tightened the screws some and awakened their pop sensibilities. The band is also responding to the times we are currently living in, with Cox telling NPR that themes of depression and anxiety, which have been there before on this band’s previous albums are still there.

“Certainly, on this album, it comes from listening to the news and being surrounded by a sense of more common and universal unease. Like, it’s not just in my head anymore,” he says.

No. It is certainly not just in your head anymore, sir. It’s not in any of our heads anymore.

Aesop Rock, who makes up one half of Malibu Ken alongside producer Tobacco, has always been one of hip hop’s most interesting and challenging lyricists. His songs are intense and a lot to digest in the best way possible. With a career spanning nearly two decades, Aesop has definitely earned a reputation for dropping thought-provoking rhymes, but also one for being able to have fun when he felt like it. Now teaming up with Tobacco, a producer who is part of Pittsburgh’s Black Moth Super Rainbow, it’s apparent he feels like it.

The production smells of 1980’s dark, synth pop with a playful dose of menace and absurdity, calling to mind the theme song for Silicon Valley, which Tobacco produced. The production lets Aesop experiment more freely, tackling everything from wildlife carnage to his inability to maintain plants, which he does in “Tuesday.”

“I can’t even keep a cactus alive when I’m present/When I’m gone, it’s a groundbreaking botanical epic/From desolate to Little Shop of Horrors in a second/It’s weird knowing life thrives more when you exit.”

I for one, have never related to lyrics more.

It’s unclear if this is a one off project or something the duo looks to continue, but either way, it’s a fun way to spend 34 minutes.

This new track from DJ Mustard is one of the few times that all three members of Migos have appeared on the same song since their album Culture II, which was released nearly a year ago. It is a goddamn pleasure to hear the three of them working together again. The solo albums have been fine, but Migos is about strength in numbers, and it’s when their together that they sound the best.

Culture III will no doubt loom large over 2019, both for hip hop and Migos, something outlined excellently by Andre Gee at UPROXX. “Pure Water” could be a sign of things to come or it could be a taste of what we’re missing. It’s hard to say at this point. You know, like it’s hard to say if Offset’s solo will actually ever come out.

Sharon Van Etten has been busy. Maybe even busier than Future. She’s been acting on the Netflix series OA, contributed to the soundtrack for Twin Peaks, studying psychology and creating the score for the movie Strange Weather. Yet amidst her busy schedule, which also included being pregnant, Van Etten pulled together her first album in five years.

In a statement Van Etten released, promoting the album, she called attention to her changing things up instrumentally on this album, specifically “piano keys that churn, deep drones, distinctive sharp drums. There are dark intense synths, a propulsive organ, a distorted harmonium.” Motherhood has also influenced the new album, with Van Etten telling The Ringer that “having a child makes you think about being a kid, makes you think about yourself being older, your parents getting older—all of a sudden it’s like your life flashing before your eyes, looking at this child.”

The entire profile on Van Etten on The Ringer is worth checking out, especially if you’re a fan.

So far there’s Future who drops albums with such frequency that he may have released one while I’ve been writing this and there’s Deerhunter and Sharon Van Etten, who have taken four and five years respectively to release a new album. Now we have Pedro The Lion, who last released an album waaaaaaaaay back in 2004. I know, 2004 seems like a lifetime ago.

Here’s five things that happened in 2004, in case you forgot.

So back in 2004, Pedro The Lion released Achillies Heal and a year later, David Bazan threw his hands in the air, disgusted with dealing with turnover in the band and struck out on his own, saying that “I got a rehearsal space, mic’d up drums, bass, and guitar, and really leaned into my original process again. It immediately felt like home. Before long I realized it also felt like Pedro the Lion.” It also seems like it might have felt lonely, but having been in bands myself, I also understand completely. Musicians are by and large unreliable weirdos.

Over the past fifteen years Bazan has released plenty of material under his own name, but Phoenix is his first new release as Pedro The Lion. It’s still a solo effort though, with Bazan having done most of the heavy lifting himself and then having been joined by a guitarist and a drummer.

In a statement, Bazan talked about what it meant returning to the Pedro The Lion name, saying that “I didn’t realize what calling my music Pedro the Lion again would mean to me, but it’s re-connected me to parts of myself and my history (both sonic and personal) that I had lost touch with.”

The band heads out on tour at the beginning of February.

Guster is still around. How about that? Look Alive is the band’s eighth album and their first in four years. Again, Future is LAUGHING AT ALL OF YOU!

Guster drummer Brian Rosenworcel says that “this record’s all over the place, hopefully in a good way. I don’t think we’ve ever been more unpredictable as a band than we are right now.”

That may be true, but I remember when Guster first started making the rounds over a decade ago and it was pretty unpredictable for them to not have a conventional drummer and use just a percussionist instead. But that’s just like, my take.

Maggie Rogers Heard It in a Past Life

Maggie Rogers has kind of an interesting story. You might know it. I didn’t and I like to share, so I’m going to. Rogers was in class at NYU in 2016, specifically a master class that included an appearance by Pharrell, who was there to critique student’s work. He was super impressed by Rogers, his reaction to her song was filmed, including him comparing her to Wu-Tang Clan (it makes sense if you watch the clip,) and said reaction then spread like gangbusters on YouTube.

Quick note, watching the video is worth it, if only for watching the reactions of both Rogers and Pharrell. Especially Rogers, how she goes from nervous to confident. It’s pretty impressive.

Now three years after going viral, Rogers is releasing her debut album. The album includes songs people have heard before, including “Alaska.” But it also features new material, more of Rogers’ unique combination of folk and electronic music, a mix that would look downright bizarre on paper, but with Rogers, it works.

Please Hold, Cardi B Has Something to Say…

The “Twerk” video is out. That too is important.

And Then There’s This…

Omg, I had the same argument with myself 30 minutes ago!

Guys, I’m still holding my breath. Are you gonna RT Cardi B or not?

We decided not to do it. Wouldn’t be senatorial. https://t.co/oR6XBlGu2F

Our kids are going to have no idea what to make of this time in history when they get older.

This Week in He Said/He Said

Travis Scott, purveyor of Sicko Mode and fringe player in the Kanye/Drake feud, was announced as a halftime performer at Super Bowl LIII back in December, joining Maroon 5, and also being one of the few people to actually say yes. Prior to Scott’s acceptance, artists such as Rihanna and Cardi B had declined invitations, citing solidarity with Colin Kaepernick, who had been effectively blackballed by the league following his refusal to stand for the anthem (you might have heard about it.)

Predictably, Scott’s decision to appear drew criticism, but he responded by pledging to partner with the NFL and make a $500,000 donation to Dream Corps, a social justice advocacy organization. He also said that he had talked to Kaepernick about performing and the former quarterback had essentially given him his blessing.

On Thursday, Kaepernick retweeted a tweet from activist, radio personality and his special lady friend Nessa that seemed to refute Scott’s claim.

There is NO mutual respect and there is NO understanding for anyone working against @Kaepernick7 PERIOD. #stoplying https://t.co/0HB6kcWJRG

Kap did not approve this bullshit! Get the fuck outta here…. https://t.co/yyMVAXQB3k 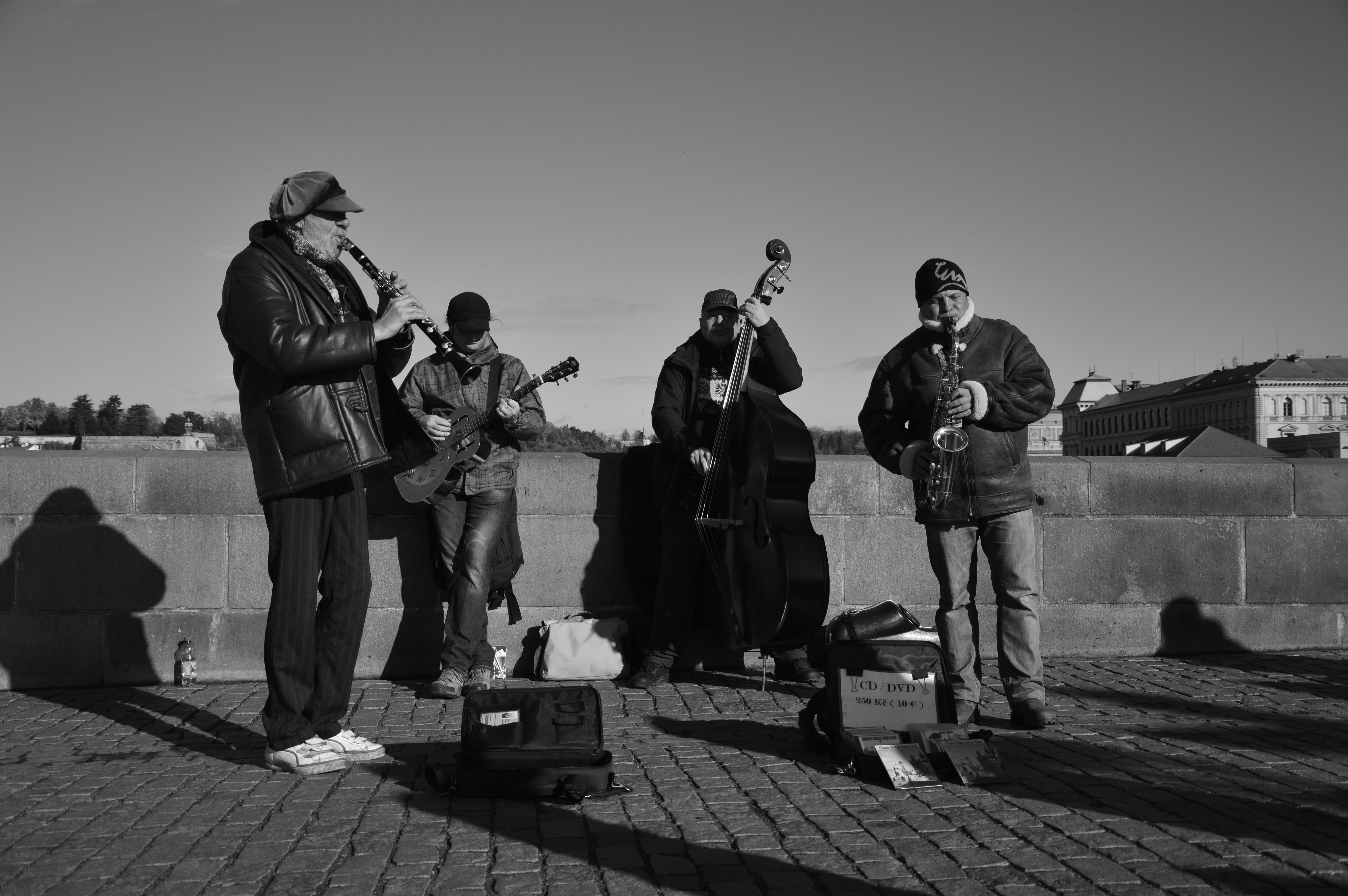 Earlier this week The Ringer published an interesting and mildly depressing look at how Spotify is killing music’s middle class artists. It’s worth checking out and a reminder that you should go see a band play live because it’s basically the only way they make any money these days.

That and getting their music in commercials.

On January 12 Led Zeppelin’s debut album celebrated it’s 50th anniversary. Rock music would never be the same AND THAT’S NOT HYPERBOLE! If you’re interested, here’s a playlist of my favorite Led Zeppelin songs.

Proud to be part of this. https://t.co/tqP5JbJdrq