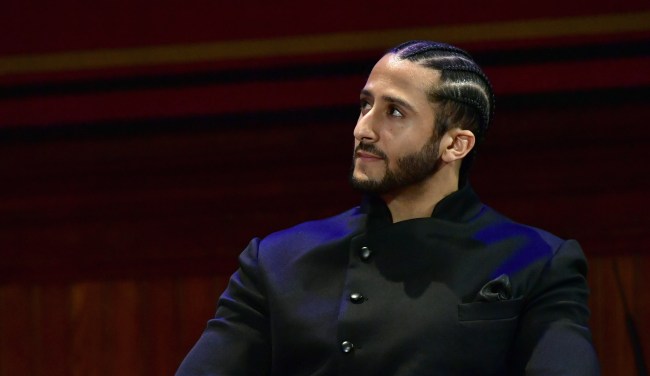 On Tuesday a report surfaced that said before agreeing to be a part of the Super Bowl LIII Halftime Show with Maroon 5, Travis Scott demanded the NFL make a donation to a social justice charity.

And while that may be true, another part of the narrative apparently was not.

Scott and Kaepernick had at least one phone conversation before the rapper confirmed his Super Bowl appearance, sources tell Variety. A source close to Scott said that while the two did not necessarily agree, they emerged from the conversation with mutual respect and understanding, with the rapper taking the stance that everyone makes a statement in their own way and he felt that the money going toward Dream Corps, combined with the platform provided by the Super Bowl, will do some good.

One problem with that, Colin Kaepernick’s friend Ebro Darden, a radio host who works with Kaepernick’s girlfriend, Nessa, according to TMZ, says it’s not true.

Ebro first tweeted in response to the Variety report, “Kap did not approve this bullsh*t! Get the f**k outta here.”

Kaepernick’s girlfriend Nessa, also tweeted in response to a smiliar story on Complex, “There is NO mutual respect and there is NO understanding for anyone working against @Kaepernick7 PERIOD. #stoplying.”

There is NO mutual respect and there is NO understanding for anyone working against @Kaepernick7 PERIOD. #stoplying https://t.co/0HB6kcWJRG

And Kaepernick apparently agrees, based on the numerous tweets he retweeted from his friends. 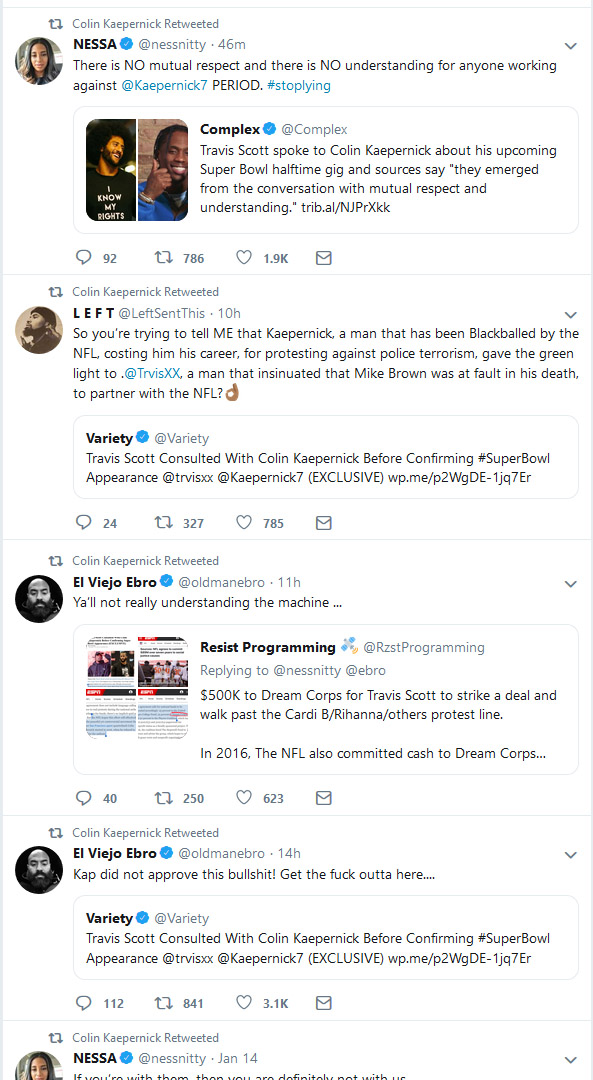 Also, the same day it was announced that Big Boi from Outkast will be performing at Super Bowl LII, Nessa tweeted this…

If you’re with them, then you are definitely not with us. pic.twitter.com/cILfbDRbwY