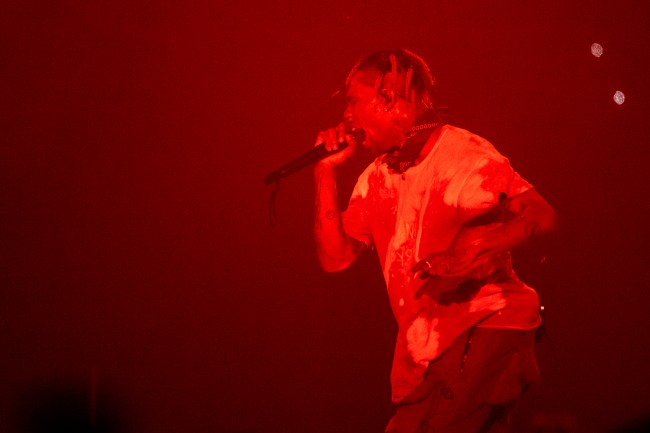 Travis Scott was one of the (thousands, or so it seems) artists to perform with Maroon 5 during the Super Bowl LIII Halftime Show, but, like so many before, he didn’t exactly jump at the opportunity. From people like Cardi B to Rihanna, a lot of musicians are turning down the chance to play to one of the biggest audiences of the year because of one man: Colin Kapernick.

As most of us know, Kaepernick filed a grievance against NFL owners for violating the collective bargaining agreement, arguing that teams are colluding against him, preventing him an opportunity from re-entering the league. There are a lot of people who are on Kaep’s side, too — who showed a quiet protest by kneeling during the national anthem in hopes of raising awareness for social injustice. In fact, 85 current NFL players even said that the former San Francisco 49ers quarterback should be in the league, naming other signal-callers currently on NFL rosters who Kaepernick could easily replace.

And it seems like Travis Scott is one of the people siding with Colin Kaepernick.

That’s because, per Billboard, Scott demanded the NFL make a donation to a social justice charity before he agreed to playing the Super Bowl LIII Halftime Show. And, once they did, the Houston rapper agreed to perform.

A source close to the negotiations has now confirmed to Billboard that Scott required the NFL to make a joint donation to an organization fighting for social justice in order for him to move forward with the event.

Scott made a $500,000 donation in partnership with the NFL to “social justice accelerator” Dream Corps, an organization founded by Van Jones in 2014, and will work with the NFL on additional initiatives.

“I back anyone who takes a stand for what they believe in,” Scott said in a statement. “I know being an artist that it’s in my power to inspire. So before confirming the Super Bowl Halftime performance, I made sure to partner with the NFL on this important donation. I am proud to support Dream Corps and the work they do that will hopefully inspire and promote change.”

Now, regardless of how you feel about Colin Kaepernick or his stance, the fact that Travis Scott utilized his fame to do something good for a similar cause is awesome. Of all the artists who were asked to perform during the Super Bowl LIII Halftime Show, it’s surprising that nobody else publicly thought to do something similar, so good work by Scott, who will join a few other artists during the biggest stage in entertainment this year.