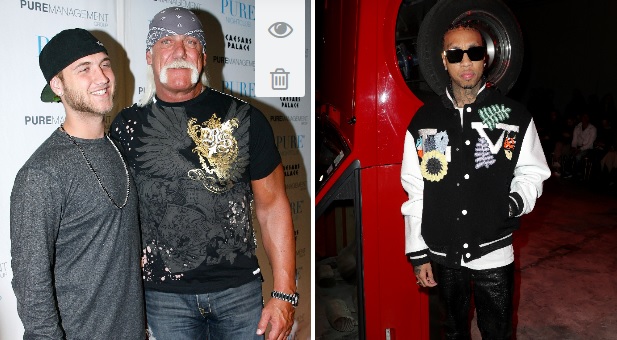 Kylie Jenner’s ex Tyga found himself in a beef with Hulk Hogan’s son Nick after Nick accused him of trying to hit on his girlfriend on Instagram. Unfortunately for Nick, his attempt to expose the rapper ended up backfiring on him.

Tyga then immediately fired back by sharing a screenshot that revealead Lea had been in his DMs since 2018 and messaged him heart-eyes emojis.

Tana Lea attempted to defend herself after Tyga released the DMs that shows her messaging him. According to Lea, she claims that she doesn’t remember messaging the rapper but does remember the time Tyga cheated on Kylie Jenner while in front of her.