Nipsey Hussle’s Alleged Murderer Shot Him Over Conversation About ‘Snitching’ And Kicked Him In The Head After Shooting Him 10 Times, Witnesses Say 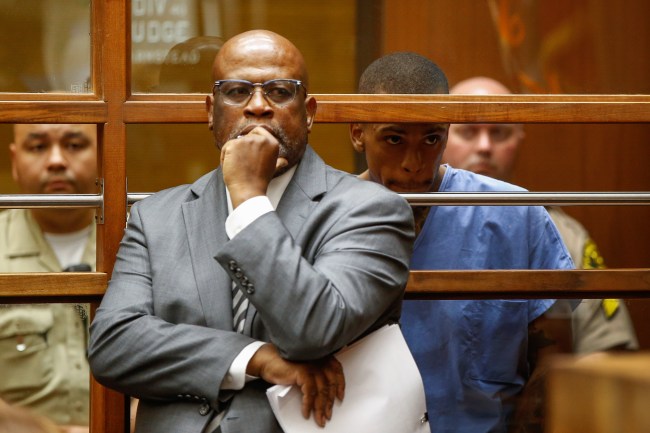 It’s been nearly three months since Nipsey Hussle was gunned down outside the South L.A. strip mall where he owned multiple businesses, and a grand jury is currently parsing through 515 pages of testimony to determine the motive of the alleged shooter, Eric Holder.

While signing autographs and talking with friends outside his Marathon Clothing store, Hussle was approached by Holder, who at one time was “close friends” with the famous rapper.  Holder shook hands with Hussle and the two had a four-minute conversation that ultimately turned into the topic of snitching.

Prosecutors told a grand jury that witnesses heard Hussle accuse Holder of snitching, a reprehensible offense in the gang world.

The mere implication of the allegation “moved Eric Holder to a point of wanting to return to the parking lot and kill Nipsey Hussle,” prosecutors said.

The 29-year-old Holder got into a woman’s car, picked up chili cheese fries from a local burger shop, and returned to the scene with a gun in both hands, allegedly opening fire on the famed rapper.

Another witness said Holder uttered the words to Hussle, “you’re through,” during the shooting, and said he heard Hussle try to say a name after he’d been fatally wounded. [via NBC News]

Hussle suffered at least “10 gunshot wounds” and before leaving, Holder allegedly kicked Hussle in the head.

“You got me,” Hussle said after he was shot.

The Los Angeles Times reports that the jury returned a with one count of murder, two counts each of attempted murder and assault with a firearm and one count of possession of a firearm by a felon. Holder is being held on $6.5 million bail. While Holder pleaded not guilty to the charges, if convicted, he’d face life behind bars in state prison.