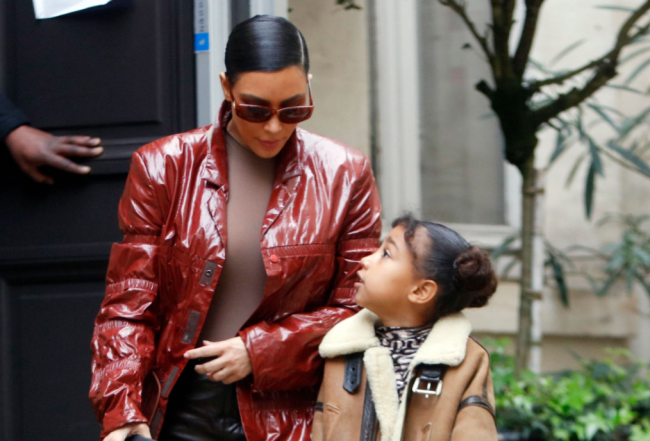 At the center of the “influencer” world is Kim Kardashian, who revolutionized the world of celebrity with her ability to be famous for being famous. As such, she changed the way that people act, think and speak— particularly on social media.

During a recent product endorsement, her daughter North West took the opportunity to roast Kim for using a fake voice on the app. Kim was trying to promote some sort of beauty box she received, when North called her out.

“Why do you talk different?” North asked, prompting Kim to ask what she talks different from.

West did not mince any words and said “From your videos,” referring to her instagram posts. As Kim tried to defend herself, North then gave the most iconic impression of her mom talking about makeup.

“Guys, so today I got this new mask and these new bronzers, I got this,” she mocked.

The entire sequence was savage. North was having none of her mom’s false persona.

This was not the first time that North called out Kim. Back in May, Kim was talking about how much she loves Olivia Rodrigo, when North chimed in to say “you never listen to it.”

@KimKardashian @Olivia_Rodrigo album already came out. It came out last week!! Maybe North was right and u don’t even listen to “driver license” 😅 pic.twitter.com/6Rphskp5Mr

We simply love to see it. Keep talking that talk, North.