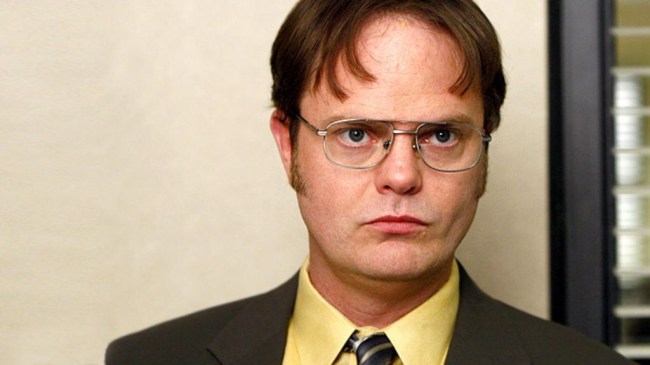 Elon Musk proposed the idea of a quirky new product that Tesla will sell — a quiet electric leafblower. That sounds like a worthwhile invention that many would welcome (but not as cool as the Boring Company flamethrowers). But the only problem is that Musk appears to have stolen the idea from Rainn Wilson.

Musk tweeted out: “Tesla is going to develop a quiet, electric leafblower.”

Tesla is going to develop a quiet, electric leafblower

However, earlier this week Rainn Wilson tweeted out the idea to Musk and took Elon to task on stealing his idea by saying, “C’mon Musk, give me some credit.”

C'mon Musk, give me some credit. @elonmusk pic.twitter.com/dAMXd97qiH

RELATED: Elon Musk Wants To Make A Mecha Fighting Robot And We’re Here For It

Musk responded, “It’s been suggested by many, externally & internally.” How could Musk do Dwight Schrute like that? Musk said he would not give Rainn any credit. Rainn might want to lawyer-up so he isn’t cut out of those sweet royalties from Tesla’s leafblower sales.

Of the upcoming Tesla invention, Musk also said on Twitter that the leafblower “will be sentient, of course.” Musk also said that “Tesla blows haha,” so maybe don’t get too excited for a quiet electric leafblower yet, we’re still waiting for Musk’s Tesla-inspired tequila.

Remember, great ideas are only a few words long, such as “quiet electric leaf blower” and “golden ticket.”