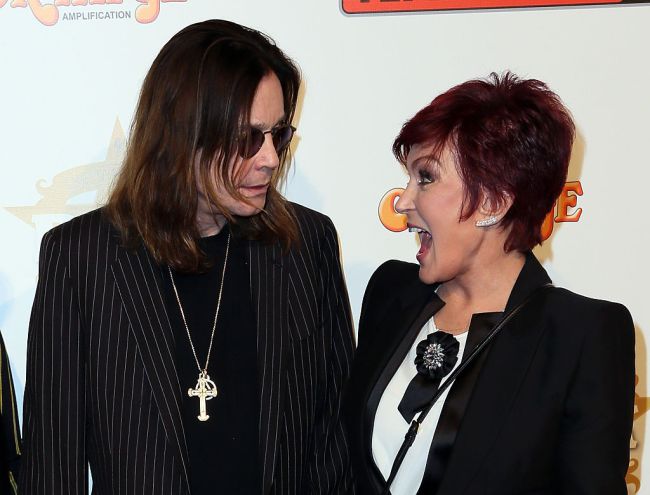 Ozzy Osbourne has no shortage of crazy stories from his helter-skelter past, but his account of trying to strangle his wife Sharon to death is his darkest tale.

A new A&E documentary titled Biography: The Nine Lives of Ozzy Osbourne looks back at the tumultuous rockstar life of the former Black Sabbath frontman. One of the most appalling stories that are explored in the new documentary is the time Ozzy attempted to murder his wife.

The year was 1989, a year after Ozzy released his solo album No Rest For The Wicked that featured the song Miracle Man. Osbourne had always struggled with alcohol and drug abuse, but this time it was frightening.

“We’d had a couple of fights and you can tell it was building to something, you could just feel it,” Sharon said in the documentary. “I just knew it was coming.”

In August of 1989, a highly-intoxicated Ozzy returned home after performing at a music festival. He approached his wife Sharon Osbourne, who he had been married to since July 4, 1982. He eerily and placidly told her, “I’ve decided you have to go.” Ozzy then attempted to strangle Sharon, the mother of his three children, to death.

“I had no idea who sat across from me on the sofa but it wasn’t my husband,” Sharon said of her husband on the night of the attack. “He gets to a stage where he gets this look in his eyes where his shutters are down and I couldn’t get through to him.”

“He just says, ‘We’ve come to a decision that you’ve got to die.’ He was calm, very, very calm, and he lunged across at me,” Sharon added.

“I called the police, and they locked him up,” Sharon reminisces, as reported in Fox News.

“I used to black out a lot. And my biggest fear was waking up in a police cell and having an old lady say to a police officer, yes, that’s the guy who ran my husband down, or that’s the guy who hit my son over the head with an axe,” Osbourne told the U.K.’s Evening Standard in 2007. “It used to terrify me … And then it happened – that day when I woke up in this little single cell with human sh*t up the walls – and I thought, what the f*** have I done now? Has one of my practical jokes backfired?”

“So I asked a police officer. I said: ‘What am I here for?’ I hadn’t got a f***ing clue,” Osbourne recalled. “It’s the most horrific feeling. He read me a piece of paper, and said, ‘You’re charged with attempting to murder Mrs. Sharon Osbourne.’ I can’t tell you how I felt. I just went numb.”

RELATED: Ozzy Osbourne Opens Up About Affair: Sex Addiction Is ‘By Far The Worst Addiction That I Have

“I felt the calmest I’ve ever felt in my life. It was like serenity. Everything was just peaceful,” the 71-year-old former rockstar said in the new documentary about trying to choke the life out of his wife.

“I didn’t press charges but he went into rehab for three months,” Sharon added. “He was totally insane from all the drink and drugs he was doing, and well, these things happen.” She said that Ozzy’s behavior was “night and day” when he was on drugs.

Sharon joked about her husband trying to kill her in a 2001 interview with the Guardian.

“I see that Eminem gets in trouble for singing about killing his wife,” Sharon said. “At least my husband actually tried to do it!”

When asked about trying to murder his wife, Ozzy said, “It’s not exactly one of my greatest f***ing achievements.”