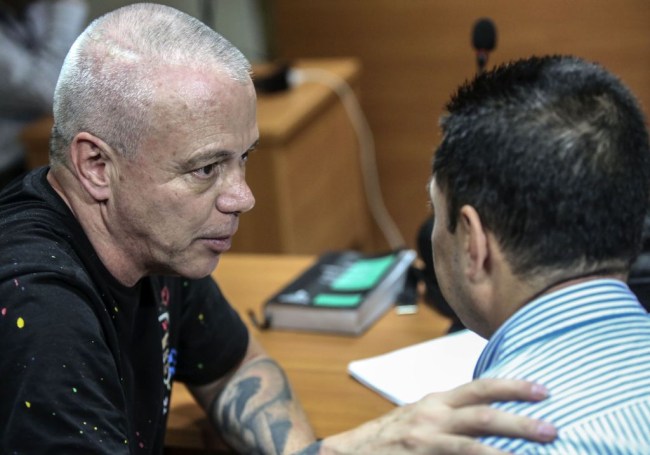 Jhon Jairo Velasquez Vasquez, one of modern history’s most dangerous men, has died. Velasquez, known as “Popeye,” was Pablo Escobar’s top assassin who confessed that he personally killed about 300 people and ordered hits on 3,000 more in the 1980s.

Popeye, who was the infamous hitman for Pablo Escobar’s Medellín Cartel in Colombia, died early Thursday morning. The 57-year-old Velasquez died of stomach cancer, according to Colombia’s prison institute. For the last five weeks, he was being housed at the state hospital in Colombia’s capital of Bogota after being diagnosed with stomach cancer.

Popeye was released from prison in 2014 after serving 23 years behind bars, but was arrested again in May of 2018 on charges of extortion and criminal conspiracy.

Following his release from prison in 2014, Popeye became a social media star and has over 1.2 million subscribers and over 94 million views on his YouTube channel named “Popeye Arrepentido,” translated from Spanish means: “Remorseful Popeye.” Velasquez wrote two best-selling books about his life as Escobar’s top sicario, which is what Netflix based its 60-part drug cartel drama series called Surviving Escobar that was released in 2017. Velasquez was in the 2019 movie X Sicario – Pablo Escobar’s Hitman.

RELATED: We Now Live In A World Where There Is El Chapo Beer

Popeye was the mastermind in the bombing of a commercial airliner in 1989. Pablo Escobar had his militia sneak a bomb onto Avianca Flight 203 because they wanted to assassinate presidential candidate César Gaviria Trujillo before the 1990 elections. The airliner exploded mid-flight, killing all 107 people on board. Trujillo was not on the flight and would win the 1990 election to become the President of Colombia.

Popeye was involved in more than 200 car bombs, and he even murdered his own girlfriend because Pablo Escobar instructed him to. Popeye fatally shot Wendy Chavarriaga Gil twice in the head after Escobar told Velasquez: “love or death, money or lead (plata o plomo, amor o muerte).”

Jhon Jairo Velásquez first met Pablo Escobar when he was 18-years-old. Coincidentally, Velásquez wanted to be a police officer. He originally signed up to be a marine, but found it “boring.” Popeye’s childhood friend, Pinina, was working for Escobar and brought up the idea for him to work with the notorious cocaine kingpin.

Velásquez told the Telegraph about the first person he ever killed for Pablo Escobar.

“I had to kill a bus conductor in the Medellin suburb of Envigado,” Popeye recalled. “When he was the driver, the mother of a friend of Pablo Escobar’s got off the bus and had a fall, and he didn’t help her. He left her there, and she died. So when this guy got some money, he asked Pablo Escobar to help him get revenge on this driver.”

“I made some inquiries, found the guy, and killed him. I felt nothing,” Popeye added. “That idea that a person cannot sleep for thinking about dead people doesn’t apply to me.”

Velásquez was paid as much as $1 million for the successful murder of a high-profile enemy of the Medellín Cartel. The hired assassin was said to have a net worth of $100 million at the height of Pablo Escobar’s reign of terror.

In a 2014 interview with the Mirror, Popeye said he is a “victim” of the Colombian drug lord and being a hitman was a “day at the office.”

“I’m also a victim of Don Pablo. I was not responsible for the assassinations,” Velasquez said. “I was a professional killer, and nowadays I have reconsidered it. I am a repented and reformed man.”

“You have to understand I was a professional killer,” Popeye added. “Whenever I took a life, I didn’t feel anything. Not shame, not sadness, not happiness, it was simply like a day at the office carrying out Don Pablo’s orders.”

“Killing was too easy. I was in a war, and they were killing my family, my friends, and my colleagues,” the assassin proclaimed. “I found them beheaded and with hands and limbs cut off.”

“We had to fight fire with fire. During the war, when the Search Bloc (a specialist police unit set up to hunt for Escobar) took control of the morgues here in Medellín, they put my friends alive in the incinerators, they were throwing my friends alive from helicopters from more than 1,000ft in the rainforest. I found my friends with their knees, teeth, and brain drilled.”

“So we started to do the same, and more, under those war conditions because one has to have that mentality to survive. It was easy to kill. I had work to do, it was not a problem.”