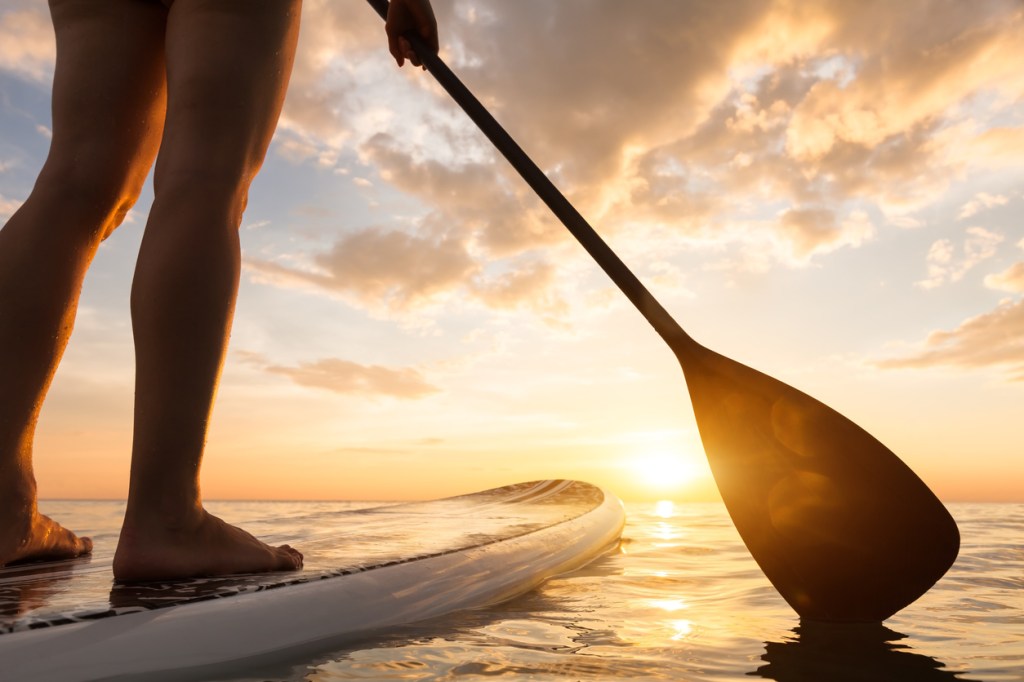 It has yet to be confirmed which species of whales these are but they are massive. And whale season is officially in full swing down in Argentina so the waters are plentiful right now with these incredible creatures.

There are no less than a million reasons these whales could’ve stuck closely to the paddleboarders. Everything from ‘curiosity’ to ‘protection’ to ‘boredom’ is an option. But we have literally no way to communicate with whales in a way that would help us determine what led to this behavior so we can only make guesses on what led to this lengthy encounter.

Whales surprised two Argentine paddleboarders and surrounded them for around an hour. The men said they never felt fear but instead an immense feeling of joy pic.twitter.com/LJv9KgdMcb

Pretty much everyone who has ever been paddleboarding is seeing this video and saying ‘why couldn’t that be me?’ My first thought was those whales were likely gathered around the paddleboarders out of boredom, or because there were possibly predators in the area and their natural instinct to protect the vulnerable kicked in.

I have zero evidence whatsoever that they were protecting the paddleboarders from predators, but if a whale ever showed up near me in the water and then hung closely to me for a full hour I’d be wondering what else was in the water and why it was sticking so closely to me instead of looking for its next meal.

Whale season in Argentina is in full swing.

At certain times of the year, Argentina is one of the best destinations in the world to see whales, particularly in Patagonia. The whale season there runs from May to December so we are in the middle of it at the moment (remember that our seasons are flipped from the Northern Hemisphere).

It is a little early in the year to see orcas in Argentina. The peak months for seeing orcas are October and November but they’re certainly around.

August is the best time in Argentina to see Southern Right Whales very close to land off the beaches of the Valdes Peninsula. Blue Whales are also no strangers to this area but they tend to show up from December to April when they arrive to give birth to calves.

That is certainly an encounter those paddleboarders will remember forever and be talking about for the rest of their lives.

A couple of boaters got a bit too up close and personal with a humpback whale over the weekend https://t.co/NGZQtZTRLQ