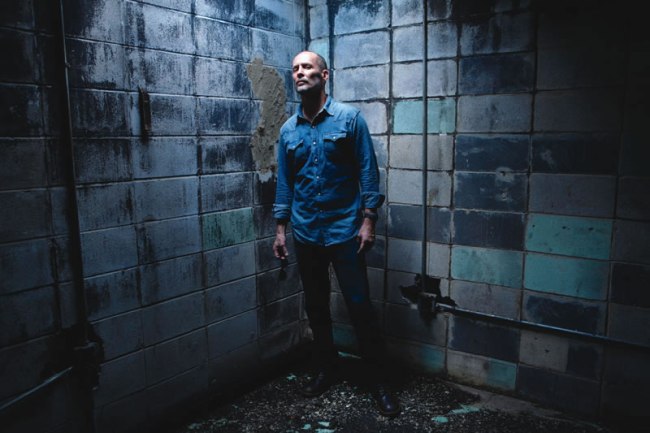 via Paul Thorn with permission

Unless you closely follow the Americana music circuit, the name Paul Thorn may sound more like an elegant fashion brand rather than one of the more distinctive singer-songwriters out today. But the Mississippi-raised Thorn – a former championship-caliber professional boxer who once fought the great Roberto Duran – has one of the more unique styles today. He blends blues, folk, gospel, country and rock, and it packs quite the punch.

Thorn has lived a fascinating life: He’s the son of a preacher whose uncle disappeared after serving in the Vietnam War, and when he surfaced, was working as pimp in California. Hence, Thorn’s 2010 “Pimps and Preachers” record which debuted at No. 83 on the Billboard charts.

More than anything, Thorn seemingly follows on his boxing heritage, aiming an eye of intensity towards everything he does. Indeed, he brings a tangible passion to his art – and you feel it in our conversation. There’s strength behind every word, every thought, every feeling; and it makes for a compelling conversation.

In March 2018, Thorn released “Don’t Let the Devil Ride,” featuring several covers of gospel songs that inspired him in his childhood and featured a variety of prominent artists including the Blind Boys of Alabama, The McCrary Sisters, Bonnie Bishop, and the Preservation Hall Jazz Band. The album ultimately topped the Billboard Blues Albums Chart

His latest record – “Never Too Late to Call” – features a collection of songs that blend every flavor that Thorn typically brings to the table including – from southern rock to country to blues, folk, Americana and more.

So sit back and enjoy a fun yet intense conversation with Paul Thorn.