Petition To Fire Amber Heard From ‘Aquaman 2’ Crosses 1.1M Signatures, She Claps Back 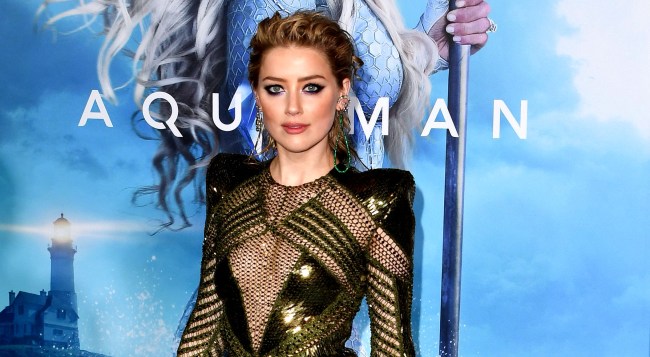 Almost one year ago to this day we reported about how Johnny Depp fans had created a petition trying to get Amber Heard fired from Aquaman 2.

At the time, the Change.org request had a little over 38,000 signatures.

Now, in the wake of Depp’s crushing defeat in his $50 million libel suit against The Sun, the petition seems to have gained new life and as of this writing almost 1.2 million people have signed it.

Since Heard’s divorce from Johnny Depp, she has systematically crusaded to ruin Depp in Hollywood, repeating multiple accounts of fake incidents in which she had actually abused Johnny Depp, but lied and created false accounts of him being the abuser. About the incident during which she shattered the bones in Johnny Depp’s finger and nearly severed it, causing Depp to require surgery to reattach and repair it, Heard presented a false story claiming that he cut off his finger himself, dipped it in paint and scrawled obscenities all over the walls.

Well, he did sever his finger, but that’s not how it went down, according to her.

As Amber Heard is a known and proven domestic abuser, Warner Brothers and DC Entertainment should and must remove Heard from their Aquaman 2 film project. They must not ignore the suffering of Heard’s victims, and must not glamorize a domestic abuser.

“I’m super excited about the amount of fan love and the amount of fan appreciation that Aquaman has acquired and that it has garnered so much excitement for Aquaman and Mera that it means we’ll be coming back,” Heard told Entertainment Weekly this week. “I’m so excited to film that.”

As for all the speculation that she will be booted from her role as Aquaman’s love interest in the sequel?

“Paid rumors and paid campaigns on social media don’t dictate [casting decisions] because they have no basis in reality,” said Heard. “Only the fans actually made Aquaman and Aquaman 2 happen. I’m excited to get started next year.”

Aquaman made $1.148 billion at the global box office. Aquaman 2 is scheduled to be released in December of 2022. At least for now.

In a tremendous twist of irony, Depp is the one who actually got fired from a movie’s sequel, as he will be paid to not appear in Fantastic Beasts 3.

Heard will next appear in the adaptation of Stephen King’s The Stand, set to premiere on CBS All Access on Dec. 17, 2020.