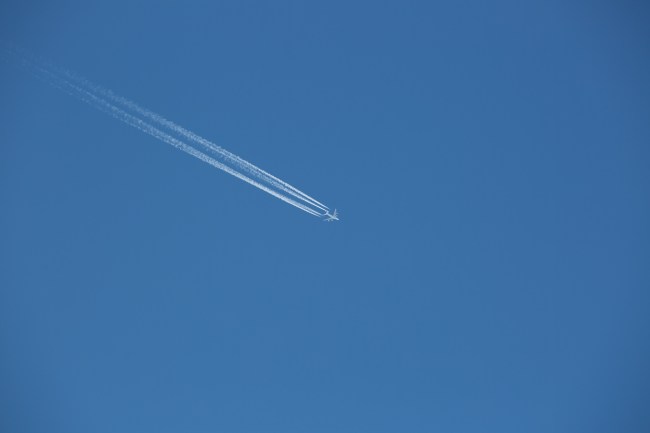 Typically, if a person is bored they watch Netflix or eat a bag of Flamin’ Hot Nacho Cheese Doritos even though you’re not even hungry. But not this industrious pilot who took his free time to draw some sky penises.

Flight tracking websites and apps track the flight paths of every plane in the sky. If a pilot creates something noteworthy with their flight path, like a penis, they generally promote it so that their site or app gets exposure. The latest sky penis comes to us from Australia.

The ballsy pilot from a flight training company in Adelaide, Australia, took a three-hour flight to not go to an exotic locale, but rather to do some aerial doodling. The aircraft’s flight path was captured by FlightAware and the pilot wrote “I’M BORED,” plus he drew two sky penises to add a nice touch.

ICYMI: Pilot writes I'm bored (among other things) in their flight path over SA https://t.co/1En8yZUt7V pic.twitter.com/Ufy5srM4ry

The dick-drawing pilot is a newly-qualified instructor, who was asked to break-in a plane’s new engine so that it could be used for training new pilots. Idle hands are the devil’s workshop.

Australian Civil Aviation Safety Authority spokesman Peter Gibson said that pilots drawing penises in the sky was “uncommon, but not unheard of.” That’s for sure. The art of pilots drawing air dicks has been going on for years now, the first time we covered this phenomenon was back in 2015. Three months ago, two Marine Corps pilots got in hot water for flying in the pattern of a sky penis.

There was one compassionate sky dick artist who couldn’t stop drawing air dongs, but for a great cause. He was making sky penises to raise awareness for testicular cancer. The most impressive sky air chode was made by an A400M transport plane out of Seville, Spain, which made a dick in a box.

Looking at the radar of the flight path…