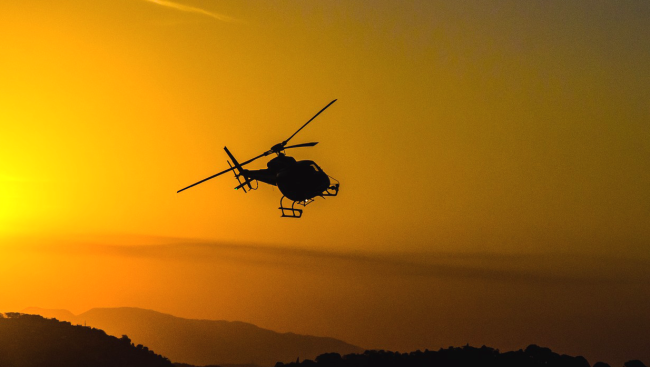 A pilot in Russia has had his license suspended for participating in a stunt where a YouTuber duct taped a man to the bottom of a Robinson 44 helicopter.

The stunt, organized and carried out by YouTube prankster Mikhail Litvin, 21, sees his associate Yevgeny “Zkeka” Namitov, 25, hanging from the bottom of a helicopter, held in place by common duct tape.

Litvin, who has almost 7 million followers on YouTube, can be heard saying in the video, “Go on, brother. We live only once and need to remember this moment.”

While in the air, Namitov can be heard saying, “it’s so beautiful,” as he is flown above Myachkovo airfield in the Moscow region.

The pilot, Nazarov, a former military aviator, is now being probed by the Russian Investigative Committee, who issued a statement regarding the stunt.

“The pilot, acting on the instructions of the blogger, allowed video participants in the video to tape the man to the lower fuselage of the helicopter,” it reads.

“He flew in a way that did not meet safety requirements, endangering the life and health of the hero of the plot.”

Namitov later claimed to investigators that there were hidden security measures in place for the stunt.

Mikhail Litvin previously made international news with a controversial YouTube video when he burned his $185,000 Mercedes-Benz to the ground because he claimed the company had failed to fix certain defects in the luxury car.