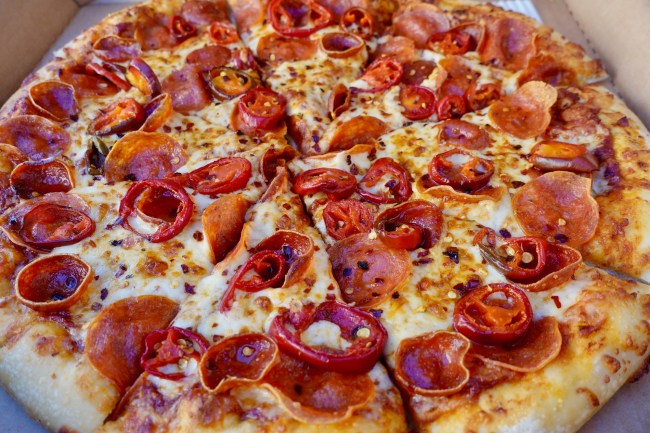 Pizza Hut has spun up some interesting pizza innovations over the years – sometimes to the bewilderment of pizza purists.

In the ’90s, the mad food scientists on Pizza Hut’s product development went on a serious bender. Remember BigFoot pizza, a behemoth in 1993 that measured 2 feet long and 1 foot wide? It featured square slices, envisioned to feed a youth soccer team. Pizza Hut rolled out a commercial with Haley Joel Osment, complete with a direct shot at Little Ceasars. Or the Hot Dog Stuffed Crusted Pizza, the Cheeseburger pizza, Grilled Cheese Stuffed Crust Pizza, or the Mac and Cheese Pizza?

Who could forget 1998’s The Sicilian Pizza – self-dubbed “the most intense tasting pizza ever”? Or in the early 2000s, a concept called “The Insider” pizza – Pizza Hut’s attempt at a “pizza inside a pizza.” The novelty ‘za featured a base crust, along with a layer of six types of cheese, a thin layer of dough on top of that, additional cheese, and toppings. The rock band Ween wrote a jingle for the commercial – dubbed “Where’d The Cheese Go?” – but unfortunately, it was scrapped by the band’s advertising agency.

Decades of novelty pizza makes for a buzzy marketing moment, but along the way, it felt like the brand forgot why people loved going to the red brick restaurant in the first place.

The brand’s Original Pan pizza popularized deep dish-style pizza to generations of pizza lovers. With slumping sales and increased competition, the chain was forced to innovate by concentrating on what made it the childhood chain of choice for millennials: The pizza itself.

How do you channel the vibe of enthusiastic, local pizza culture as a chain restaurant?

As a result, they spent over a year developing a rectangular pie true to the style, with the perfect amount of cheese: Crunchy, featuring a caramelized cheese frico crust, noted for its distinct, lacy edge. True to form, it features a vine-ripened tomato sauce on top.

The brand knocked it out of the park with the limited item.

TheReportOfTheWeek’s Review Brah gave it a “9 out of 10”, noting that he was a “big fan” and giving it two thumbs up.

This is a pizza for the bold. People who like things spicy – us pepperheads who can’t get enough hot sauce, garlic, and chili seasoning. 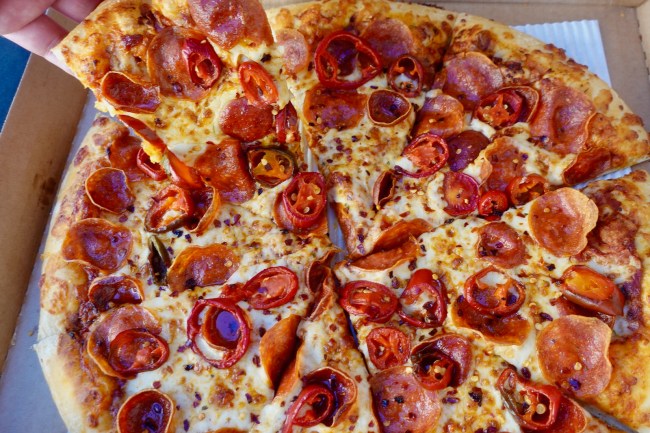 I got a chance to try the Spicy Lovers Pizza before its nationwide rollout, starting on January 27.

Here’s my Spicy Lover’s Pizza review: This pie is a journey of flavors and textures. There is heat in every bite, albeit a pleasent heat in every bite. It’s not “sweat in pain” spicy a la something cooked with reaper or ghost peppers. It’s “wow, this is savory and has some kick” heat, setting some firecrackers off on the tastebuds. If you’re a seasoned pro with your capsaicin intake and have a good sense of your spice-to-pain tolerance on the Scoville scale, you’ll love it.

If you wince at the idea of spicy food, however, it’s definitely for you. 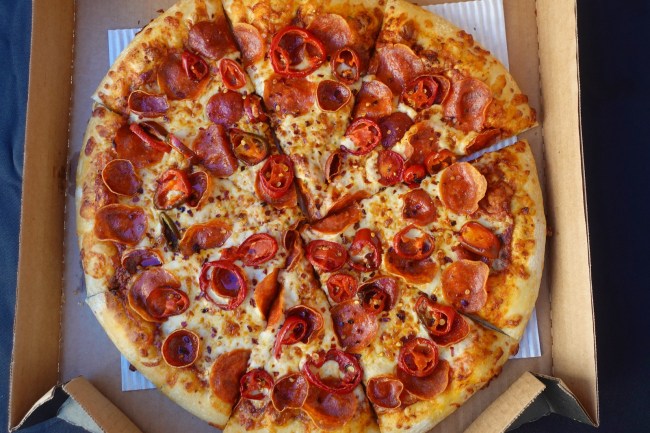 Pizza’s Hut’s Spicy Lover’s Pizza features a spicy marinara sauce, modeled after a classic Italian arrabbiata (translation: angry!) sauce. There are two types pepperoni – classic and crispy cupped, which made a return from the success of the Detroit style pizza.

The key word is layered. The Spicy Lovers Pizza was engineered to be layered with flavor, from the first bite to the lingering fieriness while gobbling up the crust. 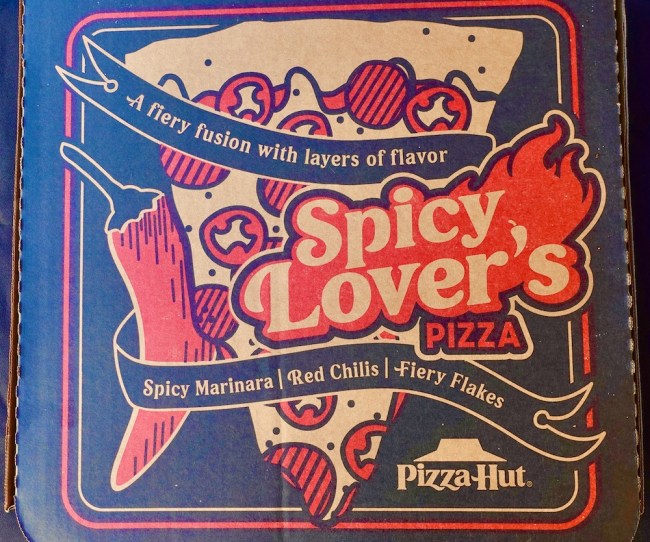 The first spicy pizza from a national pizza chain

The rollout comes at a time when more and more consumers are looking for spicy foods. An estimated 78% of consumers now claim to enjoy spicy foods, with half of that seeking out spicy foods at least once a week. Narrowing that down a little bit – 60% of 18-34-year-olds prefer “very spicy foods,” according to one study. Just think about the emergence of the Wendy’s Ghost Pepper ranch sauce or the Mcdonald’s Spicy Chicken McNugget – practically unthinkable menu items in the fast food world 15 years ago.

Pizza Hut is simply riding the wave, becoming the first pizza chain to innovate its own Spicy Pizza at a national scale. Their national commercial spot featured Craig Ferguson feeling the heat in a tattoo chair, filmed in New Orleans.

Look for the three Spicy Lovers pizzas on the Pizza menu for a limited time: 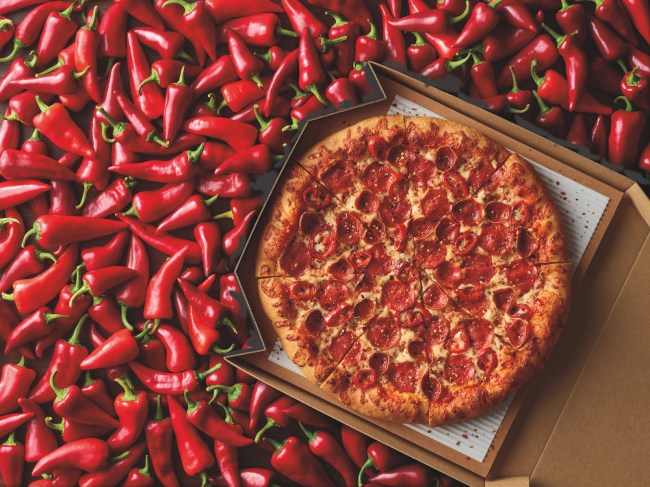