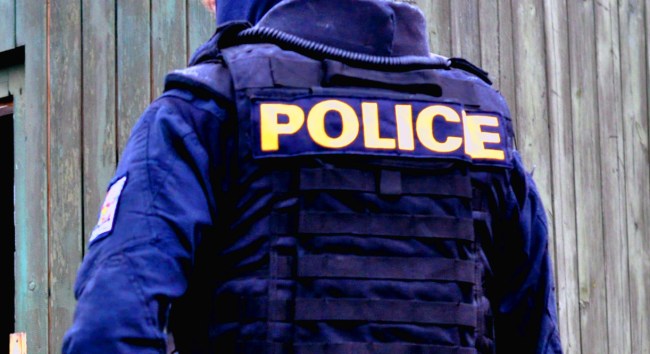 Much like NFL fans, police also believe there are certain rules, in their case they’re called laws, that make no sense to them.

Some of these laws are outdated. Others are pretty much pointless. And others are just flat-out bizarre.

Recently, police officers were asked on Reddit, “What are some laws that you feel uncomfortable enforcing because you disagree with them?”

Their answers will have you shaking your head in agreement, and in some cases, disbelief.

PoeticTriggerPull had the top response…

Most town/city ordinances. Things like not being able to park on the street in front of your house between certain hours of the night. Fuuuuck that. You want me to ticket some dad’s car because he moved it out of the driveway so his five year old son could bike around the driveway? Yeah, shits not happening.

Also, certain traffic violations in the middle of the night. You forgot to signal your merge when you’re the only vehicle on a two lane road at 3 am? God help us all.

Recently expired DLs and plates. A neighboring city wrote a car who’s plates expired 11 minutes prior. . He said the person should have known it was about to expire and taken care of it ahead of time. Oh fuck right off. We have all had life interfer with things.

Theres a huge difference between letter of the law and spirit of the law. I would say I’m probably just a terrible cop, but my coffee mug says I’m the world’s best policeman, so it’s definitely not that.

GaryNOVA also seems like a good dude with a badge…

We have an unwritten rule where I work. I can arrest half my district every night for drunk in public. But that’s not practical or necessary.

So we all have an understanding on the two reasons why we take DIPs to jail.
• you are causing problems. If someone calls the cops on you, chances are that you’re causing problems. Are you acting like an asshole? DIP it is.
• you are very drunk, and you can’t take care of yourself. You’re either going to get hit by a car, robbed, pass out in the middle of a 7-11 or worse.

The purpose of Drunk in Public is not to Punish. It’s simply to get you sober in a safe place for a while. And believe me. I know for sure by experience that the alcohol is talking for you. I don’t hold it against you.

I refuse to enforce speeding under 15mph unless it is a school zone with kids visible. 5mph tickets make me sick.

I also, as long as they are being cool with me, do not like to enforce suspension for non-payment when I am stopping them on their way to work. Why punish someone with a fine and tow fees when they are actively doing something to fix the problem.

To this date I have yet to write for a headlight/rear-light being out.

3+ months minimum for expired plates but even then as long as they are cool it is just a warning/courtesy notice since the state will fine them anyways (a fine from me and the state is just excessive imo).

Noise/curfew type of ordinances given the situation. Example: called for loud noise at a park (10pm). It ended up being teens playing a very competitive volleyball game. Technically the park is closed and they were violating noise ordinances however they were sober (as far as I could tell) and just having a genuine good time. Long story short I drive into the park and pull up on the side and get out of my car. Not a sound from anyone and they all froze and stared at me until I said “thought you could use some more light” and I activated my flood light so they could see better. I stayed there and wrote my reports for an hour. The people who called about them suck imo. Teenagers not out partying or doing things that could endanger themselves or others is a great thing. 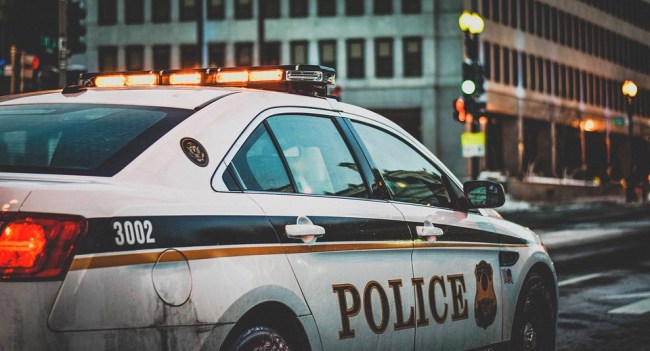 I’ve been an officer for 15 years and there’s a few things I disagree with.

Public intoxication. If you’re smart enough to know you’re too drunk to drive and are walking home instead, I’m not writing you. Odds are I’ll give you a ride home so you don’t end up as roadkill.

DWI if you’re sleeping it off in your car, even if the keys are in the ignition or in your pocket. Again, if you’re smart enough to know you’re too drunk to drive, I’m not writing you a ticket.

Open container. If you’re the DD and driving drunks home, I don’t care if they’re still drinking. I’ve been the DD and been drunk with a DD. I know there’s times you can’t keep a group of rowdy drunks from drinking.

Noise ordinance. If you’re having a get together and the neighbors call because the party is too loud, I’ll generally give you a warning to quiet it down and that I’ll write you a ticket if I have to come back.

Nypdthrowaway1234 has an intersting take…

Where I work, driving with a suspended license is a mandatory arrest. As far as I know, this is one of the few jurisdictions where this is the case. Most of the cops I know are loathe to make these arrests, and they’re generally derided as one of the most useless things to do with your day.

I generally feel terrible because the license is usually suspended because 1) they have a single unpaid ticket they are genuinely unaware of 2) they cannot afford to pay their tickets 3) they haven’t paid child support. Basically you’re destabilizing someone whose life is already fucked up and make it harder for them to get things together.

Weighill88 gives the one everyone was waiting for…

Possession of cannabis for personal use. Such a waste of time and money to prosecute and not in the public interest in the slightest.

I have never arrested anyone for weed nor would I unless forced to. I have never been faced with it but as long as it isnt in everyone’s face I would never charge for prostitution.

And finally, we close things out with 405itsmike…

Whaling is illegal in Oklahoma. I wont write a ticket if they kill a whale.