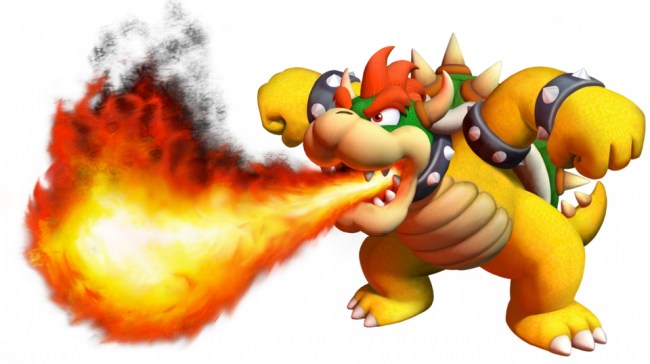 Are we in a simulation? If so, is the simulation broken? It might be because something so bizarre happened at Nintendo this week. The next president of Nintendo of America has the last name “Bowser.” You know, like Bowser as Mario and Luigi’s arch-nemesis?

Reggie Fils-Aimé is stepping down as president and COO at Nintendo of America after 16 years. His successor is Doug Bowser. Bowser has been with Nintendo since 2015, when he joined as vice president of sales. In 2016, he was promoted to senior vice president.

Thanks everyone for your warm messages as I look ahead to this new adventure. I have learned so much from Reggie. His love and passion for Nintendo, along with yours, will never be far from my mind. pic.twitter.com/oeaDFAGQKr

Doug Bowser is completely aware that he has the same last name as King Koopa and completely embraces the Super Mario Bros. villain.

You can never have too many Bowsers in the office. pic.twitter.com/zF0AcLCgxh

Like, really, really embraces the Bowser names, maybe even a little too much.

The internet could not deal when they found out that Bowser was now in control of Nintendo. They reacted in disbelief, shock, and of course memes and jokes.

A man named Doug 'BOWSER' is the new President of Nintendo of America. I spotted something terrifying in the background. pic.twitter.com/TqMIJNaRRi

We never getting a new Mario game ever again pic.twitter.com/thv6o9opvf

Imagine being an Italian plumber and being hired for a job to fix the clogged toilets at Nintendo's corporate office? pic.twitter.com/AbNNEaAh16

Bowser on his first day as president of Nintendo of America pic.twitter.com/hGrvNSMOna

Doug Bowser pullin up to Nintendo HQ on his first day as president pic.twitter.com/dDdtIYt63m

So let me get this straight: A guy named Ivo is Chief Brand Officer at Sega of America, and a guy named Bowser is the new president of Nintendo?

the nintendo guy being called bowser can't happen. he's gotta change his name. the posts are gonna be too bad. nintendo please you can't allow this

It's the first day of knowing that Nintendo of America's new president's name is Doug Bowser, and the jokes are old already.

Why is everyone shocked Bowser is now in charge of Nintendo America? Look how passionate he is about playing games with fans pic.twitter.com/UiVLHqxMlL

Bowser was a vice president at EA before working at Nintendo, and for 23 years before that job he worked at Proctor & Gamble with various sales and marketing positions. Let’s hope Bowser keeps the princess-kidnapping and the fireball-spewing to a minimum.