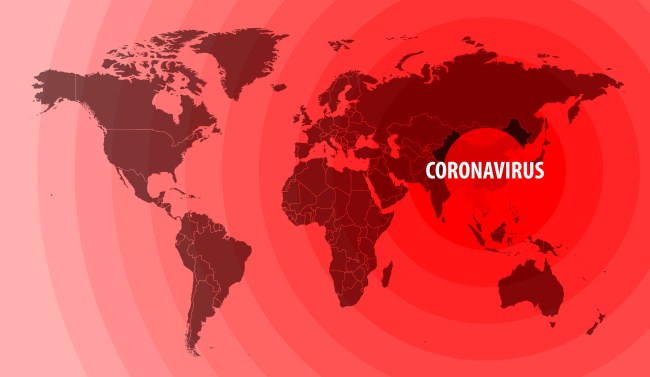 Another day, another coronavirus story making news, and not the good kind, especially if you live in the Washington D.C. are and attend or know someone who attends Christ Church Georgetown.

Because, according to D.C. officials, a priest there, Rev. Timothy Cole, has tested positive for coronavirus and he’s had it since at least February 24.

According to D.C. CBS affilliate WUSA…

D.C. Mayor Muriel Bowser was joined by D.C. administrative officials to share updates on the city’s response to its first significant “presumptive positive” coronavirus (COVID-19) cases in the District.

The mayor announced that D.C. Health Department is recommending anyone who visited Christ Church Georgetown on either Feb. 24 or between Feb. 28 through March 3 must self-quarantine for 14 days.

Christ Church Georgetown spokesman Rob Volmer said that the resident was Rev. Timothy Cole, who tested positive for coronavirus on Saturday. According to Volmer, Cole attended three services last Sunday, which were attended by 550 people.

This will mark the first time since the 1800s that Christ Church Georgetown will be cancelling services.

In the state of New York, the head of the Port Authority Rick Cotton has also tested positive for the coronavirus. Cotton may have spread the virus as he made visits to local airports and other transit facilities meaning it is possible that he could have infected an untold number of people.

Cotton also may have had contact with New York Governor Andrew M. Cuomo, who thus far is considered an “improbable positive,” meaning he isn’t likely to have the virus, according to the New York Post.

Meanwhile, on Friday, SpaceX CEO Elon Musk voiced his displeasure with the current situation (#ToiletPaperCrisis?), tweeting, “The coronavirus panic is dumb.” That tweet thus far has been favorited over 1.65 million times, retweeted over 336,000 times, and received thousands of comments.

Musk make a valid a point to some degree. As of Monday morning, according to the New York Times, 109,400 cases of the coronavirus have been reported worldwide with around 3,800 deaths.

In the United States there have been at least 539 cases reported and 22 deaths.

By comparison, the latest data from the U.S. Centers for Disease Control and Prevention (CDC) states there have been at least 32 million cases of influenza in America this flu season resulting in 310,000 flu-related hospitalizations and 18,000 associated deaths.

Coronavirus has impacted things like March Madness (at every level), the NBA, The Masters, the Summer Olympics, soccer matches, movie releases, music festivals, toilet paper, Tinder, and more, while influenza has affected essentially none of those items or events.

Sp which one is really more cause for panic here?