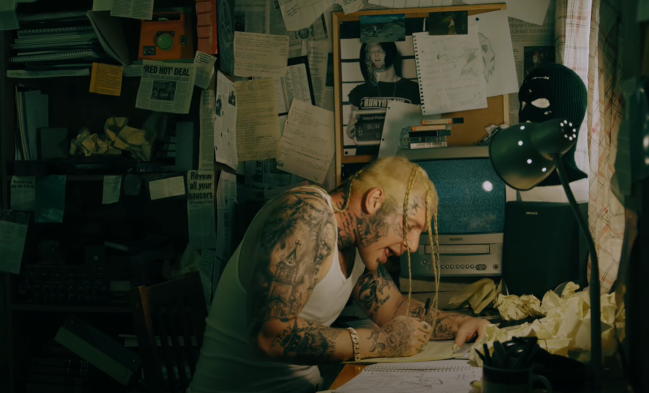 There have already been some extremely questionable purchases of non-fungible tokens (NFTs) at the beginning of the booming blockchain-based movement. There was someone who bought an NFT house for $500,000 that they can’t live in. There was also a Nyan cat GIF NFT that sold for a whopping $600,000. Rapper Tom MacDonald bought Eminem’s NFT for $100,000, and it already seems to be the most intelligent NFT purchase thus far.

“I’ve been collecting since I was a kid, everything from comic books to baseball cards to toys, as well as every rap album on cassette I could get my hands on,” Eminem said.  “Not much has changed for me as an adult…I’ve attempted to re-create some of those collections from that time in my life, and I know I’m not alone.  I wanted to give this drop the same vibe of, ‘Oh, man I gotta get just that one or maybe even the whole set!’  It’s been a lot of fun coming up with ideas from my own collecting passion.”

One of the “unique, identifiable, and secure digital art” available at Shady Con was Eminem’s original NFT, the instrumental for Stan’s Revenge, a followup to Slim Shady’s remarkably successful Stan joint from 2000. Rapper Tom MacDonald bought Eminem’s NFT for $100,000, and it was an extremely wise decision.

What Tom MacDonald Did With Eminem’s NFT

MacDonald, who is a self-professed diehard Eminem fan, used the Slim Shady to create a new song honoring Marshall Mathers. MacDonald flipped the instrumental to fuel his Slim Shady-inspired track titled Dear Slim, and ode to the legendary rapper.

In the Dear Slim music video, MacDonald dressed like Stan from Eminem’s video, including the infamous hockey mask and overalls. MacDonald went to great lengths to recreate Stan’s bedroom.

“We broke our backs recreating Stan’s room for Dear Slim,” MacDonald wrote on Twitter. “A week of thrift-shopping trying to find the perfect decor. Hours taping all the articles and pictures to the walls…and we built the whole set in my spare bedroom. It was worth it though.”

We broke our backs recreating Stan’s room for “Dear Slim”. A week of thrift-shopping trying to find the perfect decor. Hours taping all the articles and pictures to the walls…and we built the whole set in my spare bedroom. It was worth it though.

MacDonald’s crew went to a junkyard to buy a Monte Carlo car, which is the same car Stan drove off the bridge in Eminem’s video.

The car in “Dear Slim” is the same one Stan drove off the bridge. Bought it from a junk yard, sanded/painted it. Got seaweed from the beach & covered the exterior. Filled it with water so its constantly leaking…like it was pulled from the bottom of the river where Stan left it. pic.twitter.com/LSRowjSqMS

4.6 Million views in 4 days ALMOST makes rapping underwater worth it 🤣 IT SUCKED. Covered my pool w/ black fabric & shot for 3hrs at 2 AM. Tied weights around my waste so I could sink. Put a light on a stand IN THE POOL. You owe me a share.

Reception To MacDonald’s Ode To Eminem

MacDonald responded to the reaction of buying Eminem’s NFT for $100,000.

“Whether you love me or hate me or think I’m crazy, dropped a hundred grand to get a beat from Shady, I really hope when I bought it he wasn’t angry, but I really had to tell him that he made me,” MacDonald raps in Dear Slim.

“Dear Slim was probably the most expensive & creative Thank You in Hip-Hop history,” MacDonald wrote on Twitter. “I cant even pretend to give a fuck if you don’t like it…I’m not humble enough to downplay how dope it was…and I’m not too cool to acknowledge the man who inspired me. Suck it.”

“People can keep hating all they want. Fact is…ANYONE would jump at the opportunity to rap on an Eminem beat…and 99% will NEVER even have the opportunity,” MacDonald said. “I did it though. If I wasn’t me…I’d hate me too. I get it.”

Tom MacDonald buying Eminem’s NFT for $100,000 has been an incredible tactic for the up-and-coming rapper. At the time of publication, Dear Slim had nearly 5 million views and was trending #9 in the music category on YouTube.