In What Was Supposed To Be A Feminist Ad, Reebok Russia Tells Women To Sit On Men’s Faces 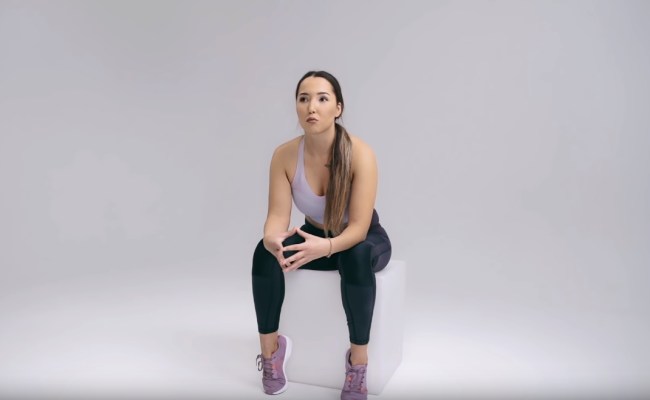 In 2019, marketing is a tough cookie. At any moment you could be attacked by the “outrage mob.” You may have the very best intentions, but you make one minor faux pas and it will turn your well-thought-out, socially-conscious advertisement into something you never intended. We saw a good-intentioned marketing campaign by Delta Airlines and Coca-Cola go up in flames this week, and now the latest example is Russia Reebok, who countered sexism with face-sitting. Don’t threaten me with a good time.

The Russian branch of Reebook attempted a woke marketing campaign appealing to feminists recently and it completely backfired. Reebok Russia was attempting an SJW ad, but something was lost in the interpretation of the advertisement. The Russia Reebok commercial about female empowerment features Zalina Marshenkulova, a feminist icon in Russia and the co-creator of the Telegram channel Zhenskaya Vlast (Woman Power). In the “Be More Human” campaign, Reebok urges women to “get off the needle of men’s approval – sit on a man’s face.” Not exactly sure how that is a threat to misogynists everywhere. That isn’t a message lost in translation, that is literally what the article instructs women to do. “Just do it” was already taken, so apparently the next best thing was “Just sit on their face.”

In another image featured Justyna Graczyk, an MMA fighter, the ad said, “I covered my nipples so that you don’t cut yourself.” Wow, Russia really is interfering with our erections. The “face-sitting” and nipple campaign slogan from Russian Reebok has been called “sexist” by many.

Reebok had a much more successful campaign in the states. In Reebok’s U.S. campaign featuring Game of Thrones star Nathalie Emmanuel, the shoe company hit the mark on female empowerment with a message of “Never apologize for being strong.”

RELATED: Vegans Are Furious At Hyundai Super Bowl Commercial For Comparing A Vegan Dinner Party To The Worst Things Ever

Another Reebok “Be More Human” ad with Gal Gadot, told girls to “not be a perfectionist.”

Another ad featured Gigi Hadid being a superhero.

No oral sex have been mentioned in the U.S. versions of the campaign.