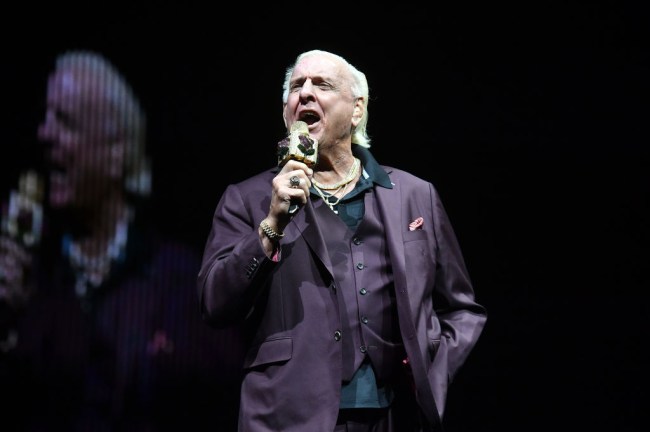 The subject of “wooing” is a tumultuous one in jam band world. Some Phish fans, for example, are adamantly anti-wooing, arguing that it messes up the feng shui of the audience’s headspace, claiming it ruins others headspace and spoils the sanctity of a musical moment.

If you woo’d during the Harry Hood at MSG, congratulations!! Not only did you ruin a nice moment in the arena, but you also ruin every subsequent playback.. #BooTheWoo #Phish #PhishNYE

Others in the Phish world don’t mind a little woo, in the blissful enthusiasm of the moment. It’s a rock concert, after all, so what’s a little yelp in the spirit of the moment?

In fact, Trey once said to woo and the band’s jams occasional drift into straight up encouraging it.

You will woo whether you like it or not, reminds me of the Alpharetta encore 2001. #Phish pic.twitter.com/i5OfUNccYz

imagine being so crusty and miserable that you can’t enjoy a good “woo!” during Twist

This isn’t such a hot button issue with Spreadheads, where woo-ing is more or less a part of the WSMFP DNA. After all, the greatest music festival news clip of all time includes a wook going full “woo!” mid-report:

Which leads us to the present. Before their New Year’s Eve 2019 show, Ric Flair graced the stage to introduce John Bell, Jimmy Herring, and the rest of the Spread gang, getting the evening’s festivities started right. He even came out – mic in hand – doing his famous strut, woo-ing enthusiastically along with the crowd.

Because nothing says “Ain’t Life Grand” like a good, old fashion Ric Flair “Wooo!” to start off 2020.

The Nature Boy’s wook-tastic dance moves for a jam band show truly stylin’ and profilin’, an inspiration to us all.

And while we’re on the subject, don’t miss the video of Ric Flair ice skating in Colorado from over the holidays. It’s truly a sight to behold, especially considering the medical issues Flair has dealt with in recent years. For a while, we were worried his limousine riding, jet flying, wheelin’ n’ dealin’ son of a gun lifestyle had finally caught up to him.

It’s great to see Flair struting along in good health – We’re so lucky to have a dude like Flair around to “woo!” us into a new decade.

Here’s the great thing about Ric Flair, as a human being: Ask him to “woo” and he will “woo” – He knows exactly who he is and it’s a special, special thing. Brings back fond memories of the time I got to meet Flair at Madison Square Garden a couple years ago. I asked how to woo. So he showed me how:

Brandon Wenerd is BroBible’s publisher and a jam band shitposter. Follow him on Twitter for many takes on Phish or catch him at a Disco Biscuits show this spring.