Rick Ross Reveals He Once Suffered A Codeine-Fueled Seizure So Severe, He Pooped The Bed With A Woman In It 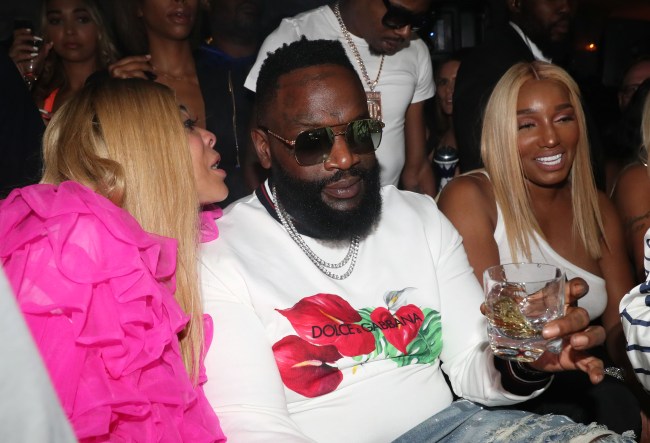 If you were wondering what inspired Rick Ross’ 2006 hit, Push It, you may have your answer.

Rick Ross’ new memoir, Hurricanes, has just hit shelves and the 43-year-old rapper tells the whole truth and nothing but when discussing his addition to codeine, a prescription opioid medication used for cough and pain relief.

The Miami rapper claims that abusing codeine and other recreational drugs sparked a string of seizures that made headlines in recent years.

In the book, Ross recalls a particularly scary seizure in March of 2018 that left him in a shitty predicament.

The excerpt was obtained by PEOPLE:

I’d caught a cold the day before and had a bad cough. I’d been taking DayQuil and using Vicks VapoRub all day. When I went to bed that night I had a seizure. But I didn’t come out of it the way I usually do. My breathing was all f—ed up. At around 3:30 in the morning the girl I was with went downstairs and told Tomcat I had s— myself and was foaming at the mouth.

A few minutes later I was able to get myself out of bed. I still wasn’t breathing right but I got into the shower to clean myself off and try to get myself together. When the paramedics and police arrived I had Tomcat turn them away. I’d been through this before. I’d be straight. But then I started coughing up blood in the shower. That had never happened before.

At that point Tomcat said I needed to go to the hospital. Short Legs came and took me to the closest one, where the doctors discovered I had aspiration pneumonia. Something had gotten into my lungs while I was having the seizure and caused an in­fection. I was sedated and hooked up to a breathing machine.

Ross goes on to describe how he had a similar health scare the year prior when he had a seizure on a flight back from Europe. The rapper claims that doctors were concerned because he had just gotten back from performing in Nairobi, Kenya and they were afraid he contracted a virus. They reportedly wanted to put him under quarantine before Ross’ mom influenced him in getting a second opinion.

Ross has since made changes to his lifestyle like cutting out sodas, eating more vegetables and getting more sleep, but he refuses to abandon his former lifestyle all together–“I still believe in enjoying and living life.”