Robots Can Now Detect If They’ve Been Stabbed, Self-Heal, Then Continue Moving 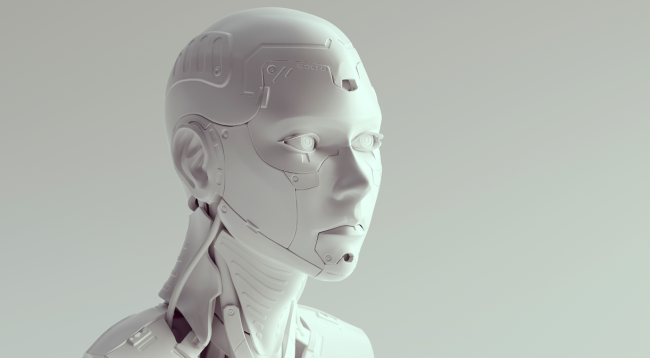 Here we go again. Scientists are still doing things that they probably shouldn’t be doing when it comes to artificial intelligence and robots.

It’s really just a matter of time before we create something that figures out it has had enough of our meddling, turns on us and takes over the planet.

Robots are already capable of doing things humans can’t do, such as dropping robot dogs armed with assault rifles anywhere they want.

Before that, scientists invented one that kills cockroaches with a frickin’ laser.

And now, according to New Scientist, they have created a robot that can sense when it has been stabbed, stop moving, heal itself, then carry on with what it was doing.

Robots made of soft and deformable materials can change their body shape and imitate biological tissues like muscles for prosthetics. But because they are soft, they can be susceptible to damage. Hedan Bai at Cornell University in New York and her colleagues made a simple soft robot that can detect when it is harmed and then mend itself before continuing to move.

They call it a “damage intelligent soft-bodied system” and it works using “a network of self-healing light guides for dynamic sensing (SHeaLDS).”

“SHeaLDS enables damage resilient and intelligent robots by self-healing cuts as well as detecting this damage and controlling the robot’s actions accordingly,” the scientists write in their paper published in the journal Science Advances.

I kid. Actually, so far, these quadruped robots are just 12 centimeters in length, but of course, the scientists want to take it much further.

The researchers tested the robot’s “damage intelligence” by stabbing a sensor on its leg six times. It stopped for about a minute to let the sensor heal after each cut then resumed moving. In another experiment, they stabbed the sensors on the robot’s legs one at a time. After each stab, the robot stopped to heal for a few minutes and then changed its gait in response to the damage.

“We really tried to torture these sensors as much as we can,” Bai said.

Surely, that won’t come back to bite humans in the arse somewhere down the road.

“Beyond robotics, we envision SHeaLDS to find utility in the broader area where damage intelligence is essential in damage-prone environments, such spacesuits and supersonic parachute monitoring in space, as well as applications where device longevity is preferred, such as wearables for human machine interaction and digital health.”