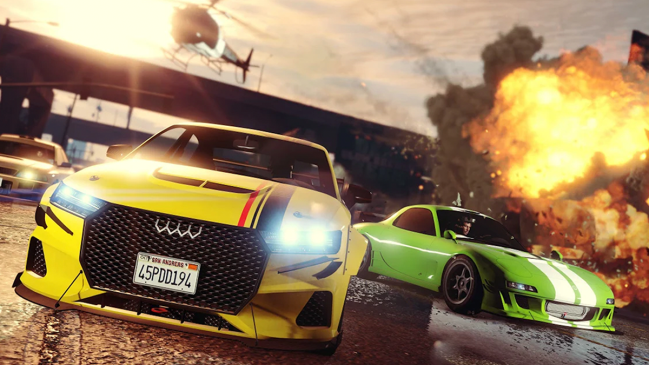 This weekend marked the ninth anniversary of the release of Grand Theft Auto V, which originally debuted on the PS3 and Xbox 360 before transforming into the absolute cash cow that Rockstar Games has spent close to a decade milking for all it’s worth.

The wildly successful nature of GTA: Online meant the studio didn’t have a ton of incentive to start working on the next installment (or, for that matter, any single-player DLC). Rockstar has routinely added plenty of new content to its multiplayer arena, but there was only so much it could do to appease an increasingly impatient fanbase that’s spent years waiting for the next installment in the beloved franchise as opposed to yet another port for a next-gen console.

The publisher also failed to do itself any favors following the fairly disastrous release of remasters of GTA III, Vice City, and San Andreas last year, and you have to imagine the lackluster reception to that launch played a role in Rockstar’s decision to officially announce GTA VI was in development a few months later.

Based on prior history, it shouldn’t come as a huge shock that we haven’t received many updates since then, and most people hoping for a glimpse at what we can expect have had to rely on a trickle of largely unsubstantiated leaks about the sixth installment in the franchise.

However, that all changed over the weekend courtesy of a massive leak of footage from GTA VI

On Sunday morning, a user on GTAForums uploaded a treasure trove of clips showcasing an early build of Grand Theft Auto VI that were seemingly obtained via a hack of Rockstar’s servers (while they’ve been deleted from the website, you don’t have to look too hard to find them online).

While there was some skepticism concerning the authenticity of the footage, it contained a number of details related to proprietary software and other hints that suggested it was genuine, and on Monday, Rockstar issued a statement confirming the leak was real and the result of a “network intrusion” orchestrated by “an unauthorized third-party.”

A Message from Rockstar Games pic.twitter.com/T4Wztu8RW8

This isn’t the first time Rockstar has fallen victim to a leak. However, this particular one is fairly noteworthy given the amount of information that was released (which seemingly confirms previous leaks that suggested at least part of the game will take place in a Miami-inspired location and feature multiple protagonists—including the first playable female lead in the series).

As a result, a lot of people made jokes about the fate of the person responsible while making references to the franchise.

The Wanted Level of the guy who leaked GTA 6. pic.twitter.com/whxhuHLOpc

I think we all know who leaked that GTA VI footage … #GTAVI pic.twitter.com/Judwu6AVEe

The person behind the leak teased they were sitting on more information that could end up making its way online, but we’ll just have to wait and see if that ends up being the case.