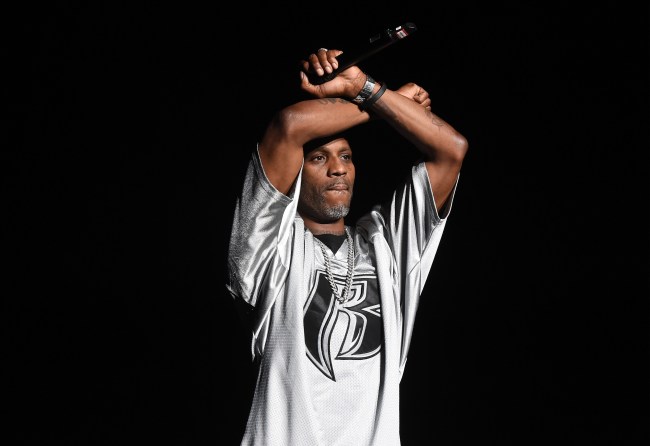 The “Ruff Ryders” motorcycle club, which was developed by DMX’s music label back in the early 2000’s and now boosts hundreds of members, showed up to show support for the influential rapper who was in critical condition after suffering an overdose on Saturday.

According to FOX5 reporter Lisa Evers a large gathering of the “Ruff Ryders” crew made their way to the White Plains hospital where X is currently being treated following his overdose.

Evers went on to report that DMX is still in ICU and is very much alive.

According to X’s lawyer, the rapper is currently on life support and in “grave” condition after suffering a heart attack following a reported overdose.

Murray Richman, DMX’s attorney, confirmed to PIX11 News’ Rob Hoell that he was on life support Saturday evening. The attorney originally said the rapper, whose real name is Earl Simmons, was off life support, but later told PIX11 News that he “has been misinformed and he has misspoken” and apologized.

Richman, who’s worked with DMX for over 25 years, said the rapper was in the hospital as a result of a heart attack. He could not confirm that it had been induced by a drug overdose.

Richman said DMX was in “grave condition” and “surrounded by family.”

“I’m very sad about it, extremely sad. He’s like my son,” Richman said. “He’s just a tremendous person, tremendous entertainer, tremendous human being. And so much to offer, so much to say. Not the run-of-the-mill rapper. A person of great depth.”