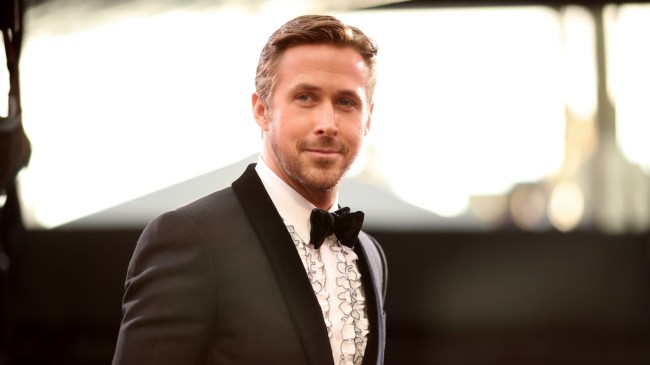 Ryan Gosling certainly has a thing for playing stuntmen, huh? After starring as a motorcycle-riding, bank-robbing stuntman in The Place Beyond the Pines and as a neighbor-loving, get-away-car-driving stuntman in Drive, Gosling is once again set to star as some form of Hollywood’s most underappreciated cog (#GetStuntsRecognizedAtTheOscars) in an upcoming film from John Wick, Deadpool 2, and Hobbs & Shaw director David Leitch.

Universal Pictures won a heated seven-figure auction for the project, reportedly beating out Netflix, MGM, Sony and Lionsgate. Of course, Leitch has a first-look deal at Universal, giving that studio the edge. Gosling will produce with Leitch and his 87North partner Kelly McCormick, as well as Guymon Casady of Entertainment 360, which is the content arm of Management 360.

Though the project is believed to be in the vein of the ’80s TV series The Fall Guy, if not an outright adaptation, but either way, the project is clearly personal for Leitch, who is a former stuntman himself. [via Collider]

At 39-years-old, Gosling is entering the prime of his acting career and his upcoming slate of films certainly suggests he knows it, as he’s got tons of high-profile pictures in the pipeline. In addition to this (likely action drama) movie with David Leitch, Gosling is also set to star in an upcoming Wolfman movie from director Leigh Whannell, the space film Hail Mary from Into the Spider-Verse masterminds Phil Lord and Chris Miller, and alongside Chris Evans in Netflix’s $200M spy franchise The Gray Man, which will be helmed by Endgame directors Joe and Anthony Russo.

Leitch himself is also quite busy these days. After co-directing the original John Wick with fellow former stuntman Chad Stahelski, Leitch went on to helm Deadpool 2 and Hobbs & Shaw. In addition to this stuntman film with Ryan Gosling, Leitch is also set to direct the assassin thriller Bullet Train with Brad Pitt.