Samuel L. Jackson Is Getting His Own Nick Fury Series On Disney+ 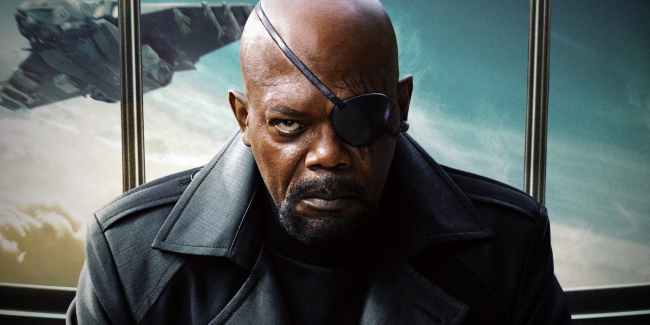 Y’ALL THINK THEY WERE GOING TO BE HANDING OUT DISNEY+ MCU SHOWS LIKE HOTCAKES AND NOT GIVE ONE TO SAMUEL L. JACKSON?! HELL NO MOTHAFUCKA!

The Marvel Cinematic Universe has not been shy about how much the future of the franchise will exist on Disney+, as they’ve currently got eight series in development, including WandaVisition, which is set to debut in a couple of months. And now, a ninth is in the pipeline, as Variety is reporting that the legend that is Samuel L. Jackson will be reprising his role as Fury for an upcoming Disney+ series.

Samuel L. Jackson is set to reprise the role of Nick Fury in a new Marvel series currently in development at Disney Plus, Variety has learned exclusively from sources.

The exact plot details of the show are being kept under wraps, but multiple sources say Jackson is attached to star with Kyle Bradstreet attached to write and executive produce. Like all the other Marvel shows at Disney Plus, Marvel Studios will produce. [via Variety]

While plot details are obviously being kept under wraps, reports do indicate that Jackson will be starring in the series, which means the show will likely revolve around him, S.H.I.E.L.D., and perhaps most interestingly, S.W.O.R.D.

The last time we saw Fury — the post-credit scene of Spider-Man: Far From Home — is was revealed that he and Talos had actually switched places, with the shapeshifting Skrull take Fury’s place on Earth, while the real Fury was in space on a Skrull spaceship.

While this obviously raises a ton of questions (how long has the *real* Fury been in space?), the biggest takeaway is that Fury seems to be working with S.W.O.R.D., which is essentially the extraterrestrial version of S.H.I.E.L.D.

S.W.O.R.D., which stands for the Sentient World Observation and Response Department, protects Earth from intergalactic threats, while S.H.I.E.L.D. keeps on eye on Earth’s ground-level enemies. Given that Fury is now getting an entire series based on the character, it seems likely that the Marvel Cinematic Universe will finally unveil what’s actually been going on with the Avengers’ leader all these years.