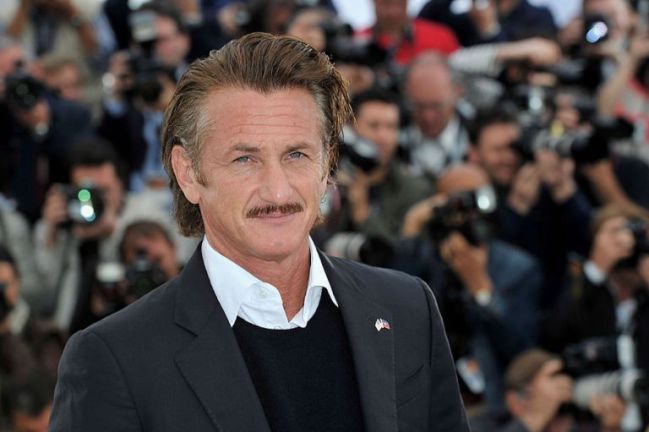 Oh boy. Between Deandre Hopkins and Sean Penn, we’re really getting both ends of the spectrum this week, huh? Sure makes me glad I was a work-from-homer before the pandemic and will remain one after — office politics suck, whether you’re a football player or an actor, a Pro Bowler or an Oscar winner.

Yesterday, Arizona Cardinals’ All-Pro wide receiver Deandre Hopkins tweeted (and deleted) that the NFL’s new rule — which is effectively forcing players to get vaccinated as unvaccinated COVID breakouts will result in both teams having to forfeit the game and losing their game checks — is making him “question” his future in the NFL. Essentially, Hopkins implied that he would and/or is considering retirement. Fellow wide receiver Cole Beasley, who’s been outspoken about his unwillingness to get the vaccine, seemed to agree. That’s one side of the spectrum.

Now, here’s Sean Penn on the complete other side, as he’s refusing to go back to work on the limited series Gaslit unless the entire crew gets the vaccine.

In a move that likely will reverberate across an industry still trying to deal with Covid, Penn is refusing to return to work on Gaslit — the UCP-produced Starz limited series he stars in with Julia Roberts — until everyone on the production has been vaccinated for the virus.

With the highly contagious Delta variant raging enough that Los Angeles has re-imposed indoor mask-wearing and cases among the unvaccinated are spiking again at alarming levels across the country, Penn has insisted to the production that the vaccination of everyone must be mandatory. Through his organization, CORE, Penn has offered to facilitate the vaccination effort, free of charge. [via Deadline]

Look, man, I’m just a writer (and as I mentioned above, one that works from home, no less), so I’m the last person who has any idea of what the solution to all of this is, but what I will say is this: both Hopkins and Penn, no matter how you slice it, are putting other people’s livelihoods at risk.