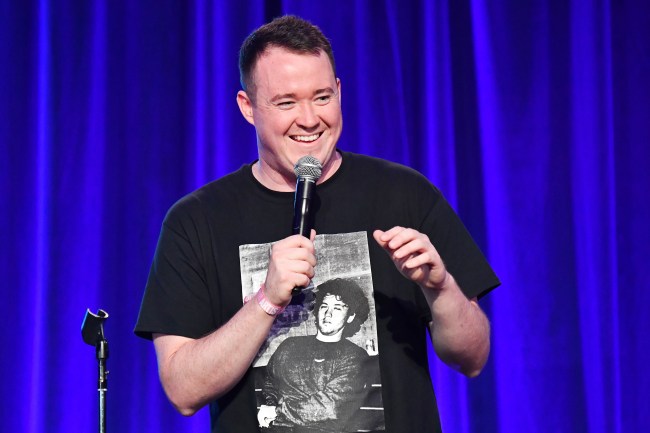 Shane Gillis made his first stand-up appearance Wednesday since becoming a pariah and losing his newly-obtained SNL gig after footage resurfaced of the Pennsylvania comedian using Asian and homophobic slurs.

“Everybody’s been like, you can’t say sh–t and not expect consequences,” he said, wearing a “Matt and Shane’s Secret Podcast” hoodie. “I’m fine with the consequences. I’m not arguing. F–ck it. But I do want everyone to know that I’ve been reading every one of my death threats in an Asian accent.”

Gillis went on to lament about how social media ignites ‘cancel culture’ and detailed the immense backlash he’s received over the past week.

“It’s been weird. Twitter has been f–cking nuts. You try to stay off it when the whole f–cking country hates you. That’s not a fun feeling as a human. Especially when you never get to say your side at all.”

Variety reports that Gillis was met with a strong, warm welcome and cheering crowd, with audience members screaming his name intermittently throughout the set.

He went on to speak about how he comes from a shithole Pennsylvania town and is a product of that upbringing.

“I don’t know if you can tell, I’m white trash,” he said. “I’m from a sh–t hole and then I moved to the city and now all my friends are woke. They’re from Brooklyn. But I still have uncles. They have the internet, so I’ll get online and the first status will be someone from back home like, ‘F–cking Colin Kaepernick better stand up. Like this status if you love the troops and God. Share it if you’re not gay.’ Next status is one of my new woke friends like, ‘I’m not racist.’

“It’s funny to hear so many people these days be like, ‘I’m not racist,’ ” he continued. “Are you sure? Being racist isn’t a yes or no thing. It’s not like you have it or you don’t have it. Being racist is like being hungry. You’re not right now but a cheeseburger could cut you off in traffic and you could get hungry real quick. You didn’t even know you were hungry for that type of cheeseburger. The cheeseburger’s not Asian in that joke.”

While Gillis has been nailed to the cross by thousands of people on Twitter, he has been supported by comedians Bill Burr, and SNL alums Norm Macdonald and Rob Schneider.