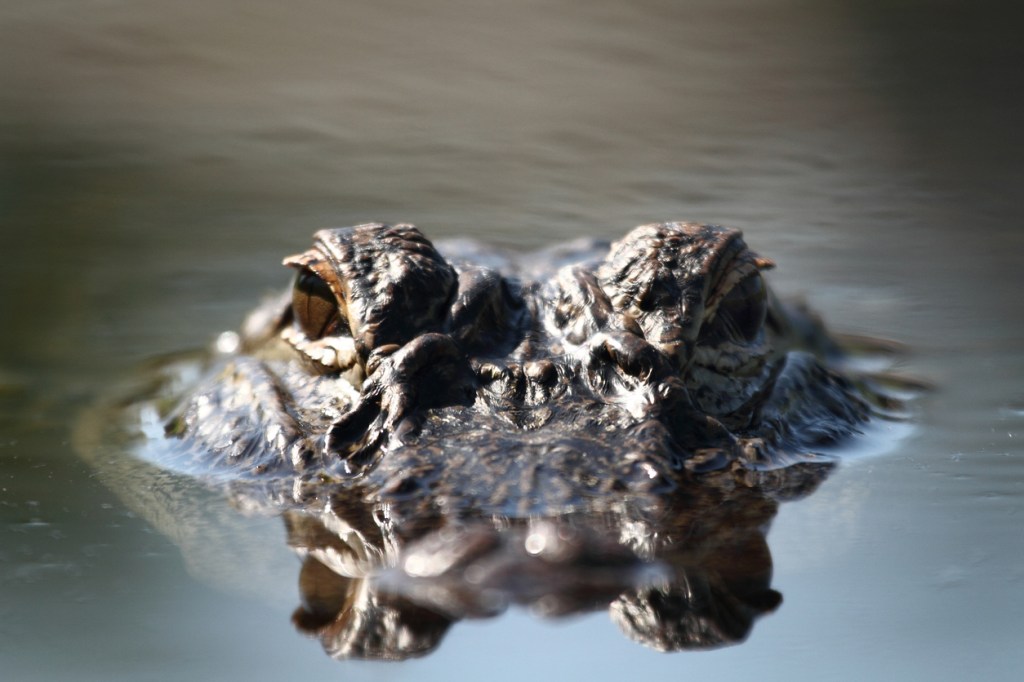 Dare I say it is Alligator Season on the Internet? It seems like every time I check my viral news report there’s another alligator doing something wild in the news. Today’s incident also involves a shark that bites a floating alligator in Hilton Head.

Last week, the Internet was shocked by this viral video of an enormous alligator devouring a smaller gator. Just days before that we featured another instance of crocodilian cannibalism with a stunning photo of the ‘largest alligator ever seen‘ eating a smaller gator. There was also the Florida Man who caught an alligator using nothing but his trash can.

This encounter was filmed from a dock in Hilton Head, South Carolina. A curious shark bites an alligator after circling it several times. This all happens just feet from a dock with tourists watching and filming. They were so close to the action they probably could’ve yelled loud enough to spook the shark.

According to Fox13News, the tourists were tossing ‘snacks’ to the alligator who didn’t seem to care at all. Then the shark showed up. It kept getting closer and closer until it took a little nibble of the alligator’s foot and I think that’s when both parties realized they didn’t want any smoke. The shark is bigger and faster in the water but the alligator has the stronger bite force. Any serious altercation would have ended very poorly for both parties.

That clip reminded me of this one from two years ago. A bull shark versus a saltwater crocodile:

I tend to think of the Spring as the busiest time of the year for alligators. It’s certainly when I tend to notice them the most here in Florida. Though I did see a small one (about 5 feet) in my backyard pond last night. Yet this steady flow of viral alligator news has me thinking maybe it’s the Fall when the gators are the most active.

For anyone wondering what that alligator was doing there, in all likelihood it was probably sunbathing for warmth. When they float on the surface like that it’s usually to soak up the sun’s warmth and isn’t about feeding. But as we see here, that behavior leaves them potentially vulnerable to something bigger swimming up and saying hello.

I’ve only been fishing in Hilton Head once before but man, there were sharks everywhere. Anytime the proper fishing would slow down we’d start fishing for sharks and it was more ‘catching’ than ‘fishing’. I was blown away by how easy it was to find sharks in that area.