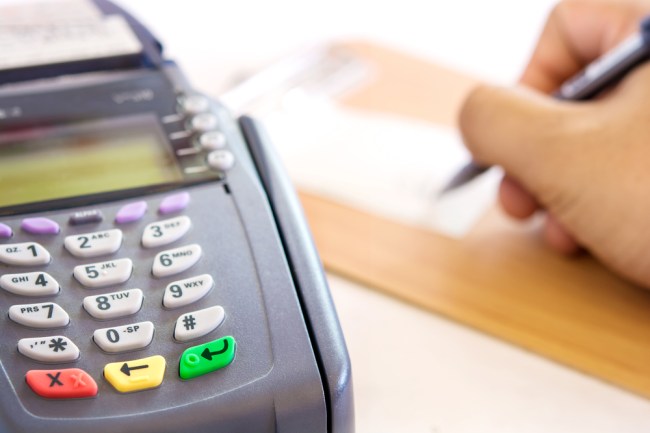 Via, MasterCard, American Express, and Discover are ditching the requirement for signatures on in-store purchases. American Express, Discover, and MasterCard no longer require you to sign credit card slips and Visa will do the same later this month. The reason for the policy change is because they just aren’t necessary any longer. MasterCard said that more than 4 out of 5 transactions in North America didn’t require a signature at checkout. The credit card companies want to keep their customers happy and that means quick, safe, and efficient transactions.

The death of credit card signatures does not mean that your security is being compromised. Signatures no longer prevent fraud and the new chip technology has cut down security breaches. The chip creates a unique code for each transaction. This way if a data breach actually happens your account number isn’t revealed. Signatures are easily forged and once it happens it’s too late.

“No longer requiring people to sign for credit card purchases sounds like a much bigger deal than it actually is,” said Matt Schulz, senior industry analyst at CreditCards.com. “The truth is that Americans have already been signing for credit card purchases far less often over the years because banks know that signatures just aren’t an effective means of combatting fraud.”

Not only will doing away with signatures increase the speed at the checkout, but it will decrease costs for the credit card companies storing signatures and stores won’t be spending as much on pens and paper. Signatures are just a waste of time.