‘Shang-Chi’ Star Simu Liu Spent The Weekend Being Turned Into A Meme, Dunking On The Haters, And Smashing Box Office Records 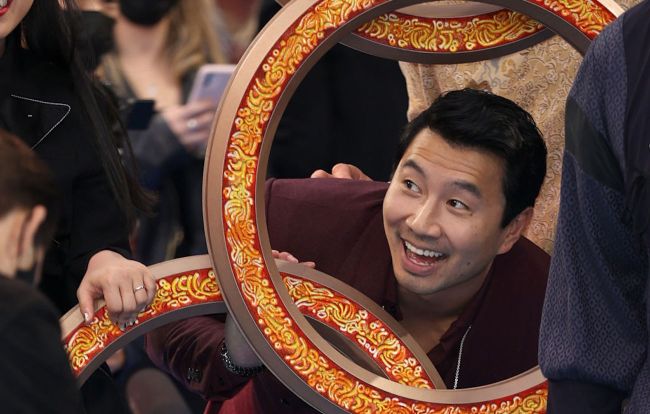 I told y’all. Didn’t I tell ya? When I published my review of Shang-Chi and the Legend of the Ten Rings a few weeks ago I claimed it was one of the best Marvel Cinematic Universe fils ever made, and the response from the movie-going public — both in terms of its box office and general reception — seems to confirm my prognostication. In terms of my personal MCU rankings, I currently have Shang-Chi seventh, just behind Iron Man and just ahead of Black Panther. And frankly, there’s a very real chance Shang-Chi rises in my rankings once I get to watch it without the “burden” of having to take notes. But I digress, because this article isn’t about me, it’s about the star at the center of the film, Simu Liu.

Liu, the 32-year-old Canadian Chinese actor who was previously best known for his work on the beloved sitcom Kim’s Convenience, had himself a HELL of a week. This man is living, and based on how affable and gregarious he’s come across during the press tour, he seems like a guy who deserves it.

First and foremost: the success of Shang-Chi. Not only are audiences and critics alike loving it, but its Labor Day Weekend box office success — its $83.5 million return over the holiday weekend represents a record, COVID-era or not —  has breathed new life into the tumultuous film industry as we head into a STACKED Fall. The financials are so staggering that Sony, who just weeks ago delayed Venom: Let There Be Carnage by three weeks, changed course and moved it UP two weeks from October 15 to October 1.

EXCLUSIVE: This Is The Avenger Director Destin Cretton Wants Shang-Chi To Face Off Against

But more enjoyable than the industry aspects are the personal ones: Liu just seems to be having a hell of a time. Due to his newfound fame, the internet recently discovered that he can be found in various stock photos, having done just one photoshoot for “120 bucks because he was in credit card debt”, resulting in them now “being everywhere”:

Liu took the discovery in stride, though, using it to dunk on the haters who thought Shang-Chi would be a flop:

Me laughing at the people who thought we’d flop pic.twitter.com/7UoLqRXlCJ

Liu also popped up at the San Fransisco Giants game to throw out the first pitch and casually bust out a standing backflip (he was a Hollywood stuntman prior to his acting fame):

That pitch was like 500% faster in my head 😜 GO GIANTS! @shangchi https://t.co/lhLXvVQzTD

Have yourself a weekend, Simu — it seems well-earned. And everyone else, make sure to check out our interview with Shang-Chi and the Legend of the Ten Rings director Destin Daniel Cretton over on the Post-Credit Podcast.