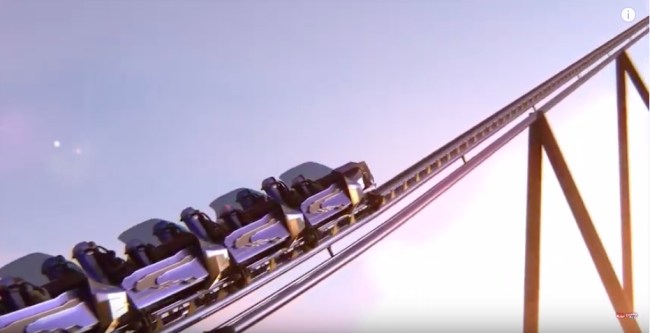 It is with a heavy heart that I must inform you that the world’s fastest roller coaster is being constructed outside of American soil.

Theme parks have been embedded in the fabric of the United States for a century–Busch Gardens, Six Flags, Disney, Hersheypark–but Saudi Arabia is deadset on spitting in our faces with the construction of the country’s very first park.

According to The National, Six Flags Qiddiya is being built as part of a new city outside Riyadh, Saudi Arabia and is due for completion in 2023.

A world of fun, entertainment and adrenaline – Six Flags #Qiddiya is here to sweep you off your feet! Prepare to see what has never been seen before, all while showcasing our proud #Saudi culture and heritage!#QiddiyaSoMuchMore
🎪🎠🎢🎡 pic.twitter.com/HTpJp31BKn

Qiddiya Investment Company unveiled the park design this week before revealing that many rides will “set world records,” including The Falcon’s Flight, which is on pace to be the most ambitious thrill ride ever created.

“The Falcon’s Flight, inspired by the kingdom’s iconic raptor, will be the longest, tallest and fastest roller coaster in the world, while the Sirocco Tower will break more records with the world’s tallest drop-tower ride,” the company said.

As Theme Park Insider points out, the park will be split into six different territories that offer varying experiences.

Now excuse me while I search flights to Saudi Arabia. Is that outside of Ohio?