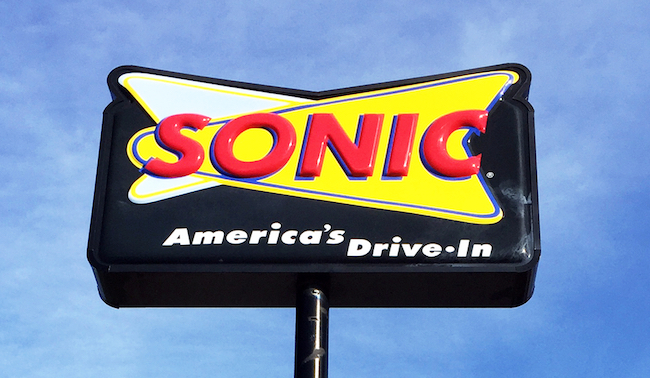 Common knowledge (and actual research) dictates fast food and marijuana is a combination that ranks alongside peanut butter and jelly and the sweet, sweet harmonies of Hall and Oates when it comes to complimenting each other. Companies who realize this have come up with plenty of ways to market to a key part of their customer base, with Jack in the Box selling combo meals for $4.20 and Lyft offering riders the option to get your driver to stop at Taco Bell on the way to their destination.

However, not every restaurant is a fan of the substance that caused people to come there in the first place. This includes a certain Sonic— a restaurant that’s probably best known for those commercials with the two dudes trapped in a car doing slightly entertaining bits with each other and eating fast food for what appears to be an eternity. We can only wonder what they did to deserve such a fate.

According to The Sun Herald, a Sonic restaurant in Gulfport, Missouri recently had to put a sign in its drive-thru telling customers that they won’t be served if they’re hotboxing a car.

The sign was posted after someone blew smoke in the face of a worker, but the store’s manager said they were tired of smelling weed in general. The drug is decriminalized in Missouri, so while they’re not going to narc on you for reeking of weed while you pick up your order, I don’t think it’s too much to ask to wait a couple of minutes before lighting up.