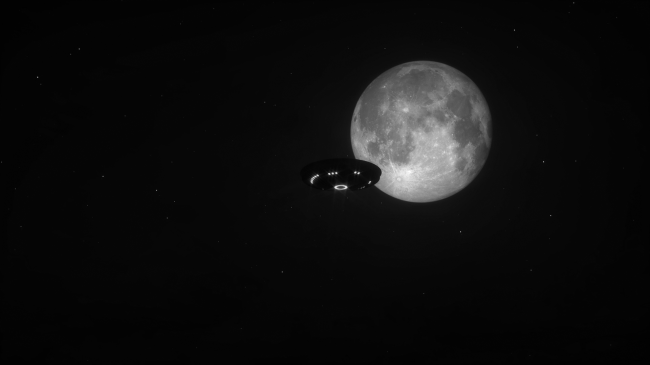 Last week, SpaceX launched its first Falcon 9 rocket into space of 2022 at the Kennedy Space Center in Florida. During the live-stream of the launch a strange ring-shaped UFO what spotted by numerous viewers moving below the rocket.

Making this moment even more mysterious is the fact that almost as soon as the UFO appeared the SpaceX live-stream almost immediately switched cameras.

Naturally, since many space aficionados have seen this sort of thing occur before during SpaceX launch live-streams, numerous questions arose.

Shortly after the UFO appeared on the SpaceX live-stream, videos and images of the object showed up on social media sites like Reddit and Twitter with questions like “Can somebody explain what this is?”

Was watching the @SpaceX Falcon 9 launch today when I saw something interesting. 🤔
What was that? @elonmusk #SpaceX #UFO #SpaceDebris pic.twitter.com/uTQLpCEW5J

YouTube channel The Hidden Underbelly 2.0, which often studies and shares videos such as this, also weighed in with questions.

“In this footage here we can see this doughnut-shaped object that seems to appear,” the narrator of the YouTube video says.

“And when we get a good look at it, guess what happens? The camera cuts to another scene and then it comes back.

“Now, I don’t think this object has disappeared. If you notice here, you can see this white object that is going across. I think that’s the doughnut-shaped object.

“Now when we look at this object it doesn’t seem like a satellite. I do not believe this is any kind of lens flare because normally we get the different colors in a lens flare. So, I’m really stumped on this one.”

Several people on Reddit said they believe the object was nothing more than some ice or a frost ring, but we know better, don’t we?