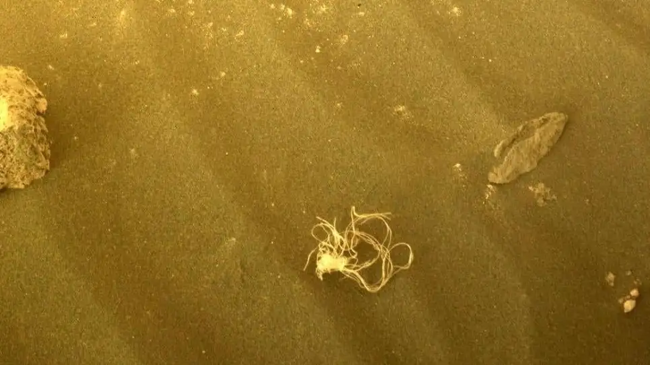 A mysterious spaghetti-like object spotted on the surface of Mars by the Perseverance Rover has vanished and no one seems to know with 100 percent certainy why or where it went.

The string could be from the rover or its descent stage, a component similar to a rocket-powered jet pack used to safely lower the rover to the planet’s surface, according to a spokesperson for the Perseverance mission at NASA’s Jet Propulsion Laboratory in Pasadena, California.

Perseverance had not previously been in the area where the string was found, so it’s likely the wind blew it there, the spokesperson said.

In other words, NASA isn’t totally sure what the object is or how it got there, but it’s probably just more trash we’ve left behind.

Earthlings are notorious for just leaving our trash everywhere we go in space so it is certainly plausible that the spaghetti-like object is just some fibers or wires from the rover. 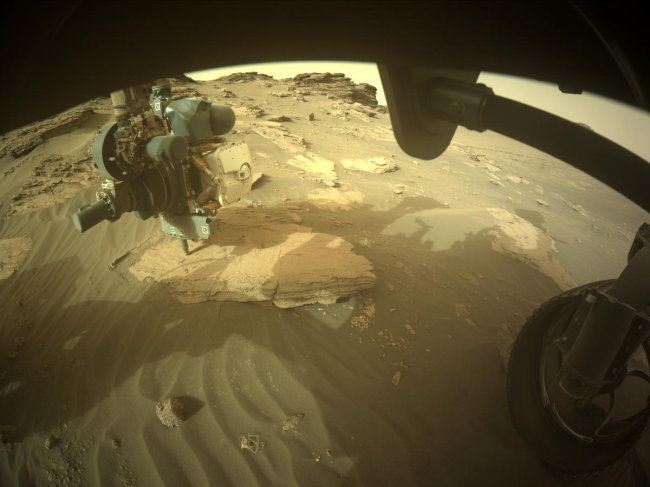 HOWEVER… a similar photo taken four days later shows that the mystery object on Mars had somehow vanished. 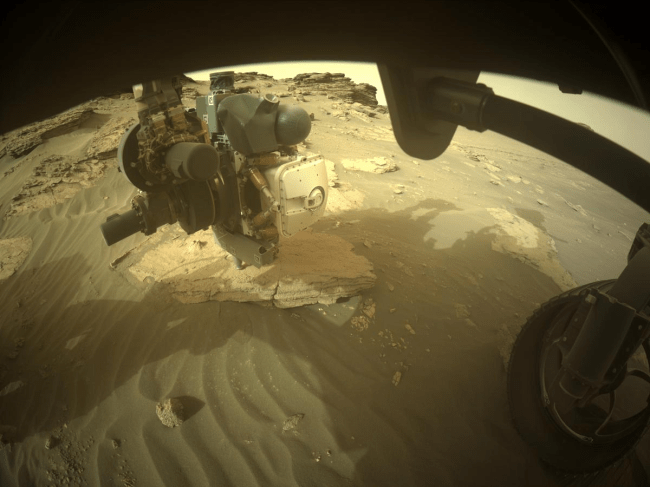 What is this strange string-like object on the surface of Mars?

It is believed that the object probably just blew away, because what other explanation could there possibly be, right?

Considering the fact that the atmosphere on Mars is so thin, about one percent of that on Earth, it would take some very strong wind to move an object even that tiny.

This is far from the first time the Perseverance Rover has spotted something unexpected on the surface of Mars.

In June, some sort of shiny material appeared in a photo taken by the rover. NASA later identified the object as part of a thermal blanket used to control temperatures. They believe that it must have gotten knocked loose when the rover landed on Mars in 2021 and somehow traveled the two kilometers on its own somehow.

That shiny bit of foil is part of a thermal blanket – a material used to control temperatures. It’s a surprise finding this here: My descent stage crashed about 2 km away. Did this piece land here after that, or was it blown here by the wind? pic.twitter.com/uVx3VdYfi8

That same month, NASA’s Perseverance Rover photographed a rock precariously balanced atop another boulder on Mars in an area known as “Hogwallow Flats” where rocks believed to be as old as 3.6 billion years are located.

There was much debate then as well as to how this rock ended up where it did. Some speculated it occurred simply by erosion over time. Others weren’t so sure.

Pic #3 – What is the process where one rock erodes so that it is round while sitting on top of another rock that erodes to being square?