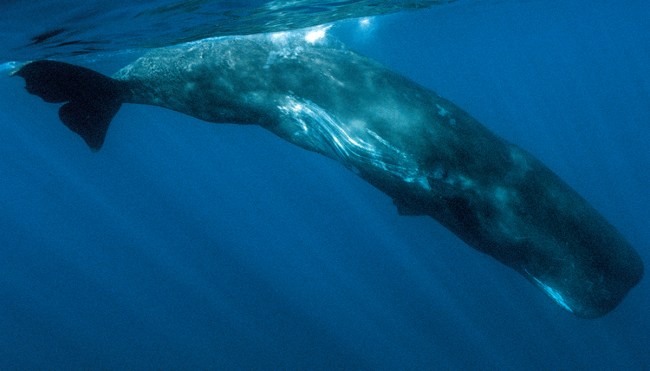 Commercial whaling was once one of the most profitable ventures on the planet due mostly to the oil extracted from the blubber of the massive animals. However, it eventually fell out of favor thanks to a combination of the discovery of alternative resources and a shift in attitudes concerning the acceptability of slaughtering tens of thousands of the majestic mammals on a yearly basis.

With that said, the largely outlawed practice remains a fairly lucrative one for anyone willing to risk attracting the attention of authorities—and you don’t even have to pick up a harpoon to make bank when it comes to harvesting a substance from sperm whales that remains one of the most valuable resources on the planet.

For the uninitiated, a small percentage of sperm whales boast a digestive system that produces a musky substance called ambergris, which long served as the stabilizing agent of choice when it came to producing colognes and perfumes. While it’s mostly been replaced by a synthetic option, there’s still one hell of a market for ambergris, which can be extracted from sperm whale excrement in addition to the animal’s vomit.

Last year, a fisherman in Thailand stumbled upon a goldmine when he secured 220 pounds of the substance on a beach that was potentially valued at over $3 million. While there are no laws against possessing the substance in that country, the same can’t be said for regulations in India that recently landed a couple of men in jail.

According to Newsweek, authorities in the town of Thiruvarur set up a sting operation after learning a local gang was attempting to offload some whale vomit (and the ambergris contained within) to a foreign buyer. After arresting the two guys attempting to sell it, they ultimately took possession of 17 pounds of the stuff, which is reportedly worth around $1 million (if you’re wondering why the math doesn’t correlate with the previous example, the value of ambergris can vary based on the quality).

Note to self: do not try to sell whale vomit on the black market in India.